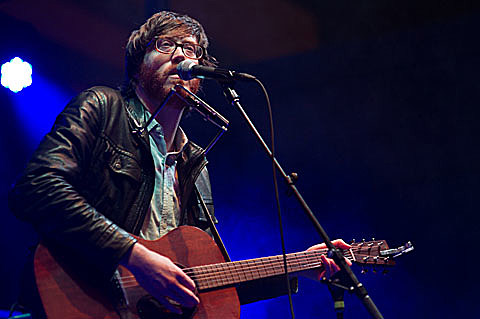 Like last night (11/5), there are many more Hurricane Sandy Relief benefits going on in NYC.

Santos Party House is hosting "A New York State of Mind," a show hosted/supported by A-Trak, Fool's Gold Smokers Club, and others with music by Josh Madden, Deemehlow, DJ Huggy Bear, and Old Money. They're accepting monetary donations or supplies like jackets, hats, gloves, blankets, flashlights, batteries, food, diapers, etc. The flier for this show is below.

The So So Glos will be hosting a benefit in NYC on November 15. More details TBA.

This one's not a show, but Buke & Gase, who once called Red Hook, Brooklyn home, have put out a new single on bandcamp, "Hard Times" b/w a cover of New Order's "Blue Monday." The single can be downloaded for $5 or more and all proceeds over the next week will benefit the recovery of Red Hook. You can stream those two tracks below. 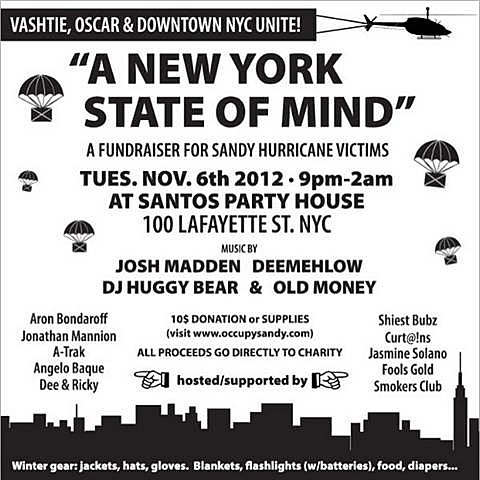 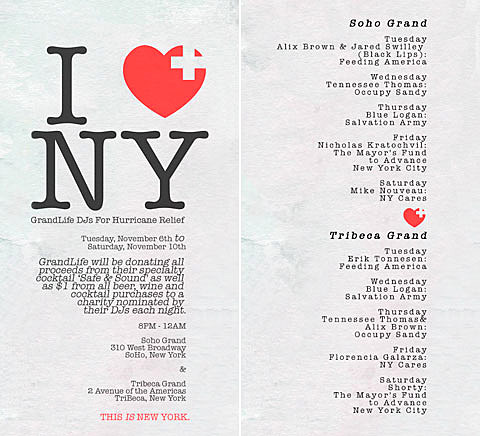