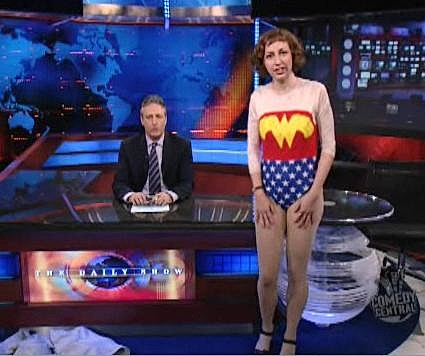 TheRumpus.net is having a launch party at Crash Mansion in NYC tonight (2/5). According to the ticket page, there will be "Music by Will Sheff of Okkervil River, Timothy Bracy of the Mendoza Line and Beth Wawerna of Bird Of Youth" and "Comedy by: Kristen Shaal of Flight of the Conchords, and
Michael Showalter from Comedy Central's Stella" and "Readings from authors: James Frey, Andrew Sean Greer, Jonathan Ames, and This American Life's Starlee Kine".

Also coming up at UCB: Klaus made a list.

Also comedy with special guests: three editions of Mike Birbiglia's Sleepwalk with Me this month.

Also a show that Kristen Schaal is playing: Flight of the Conchords at Radio City Music Hall (twice)

Also a show Will Sheff is playing: Coachella