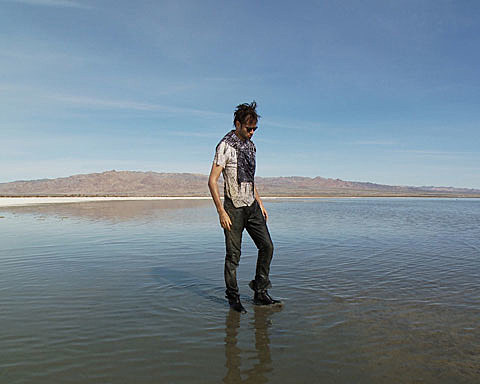 Composer William Brittelle will be hosting an album release show on Tuesday, August 3rd at LPR for his new record, Television Landscape, which came out July 27th on New Amsterdam Records (a label he co-founded).

The ACME Quartet will open the night with a premiere from Brittelle's new electroacoustic project Future Shock, first the multi-movement string quartet Future Shock II (for string quartet), followed by a performance of his Future Shock I (for viola) with celebrated violist Nadia Sirota, which debuted in September as part of New Amsterdam Records' Archipelago Series. ACME will end the first set with new Shock piece Soft Animal, a work for harp trio featuring multi-instrumentalist Caleb Burhans on banjo and vocals.

For the second set, Brittelle will perform with an 8-person ensemble of esteemed musicians from groups such as the NOW Ensemble, The Long Count, Jerseyband, and the Respect Sextet to present his genre-bending Television Landscape album (released July 27th on New Amsterdam Records) in full, including a never-heard-before extended version of song "Pegasus in Alcatraz." This will also be his first live vocal performance in years.

The story behind William's vocal ailments (aka why he hasn't sung publicly 6 years) and a brief history of his work is up at the NY Times.

Two songs from the album are above: the anthemic, lushly-scored soft-rock ballad "Sheena Easton," which features a guitar solo by new music shredder Mark Dancigers and vocal support from Brooklyn Youth Chorus, and "Dunes of Vermillion," a tune that falls between breathy pop serenade and post-rock soundscape, with an earful of cooing, robot-tinged vocals. The whole record is streaming at New Amsterdam.

Tickets for the concert are on sale, and we have two pairs to give away. A flyer for the show and details on the contest are below... 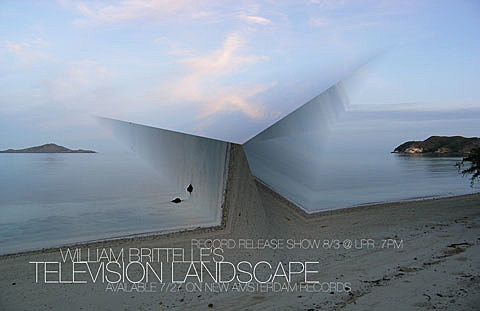 TO WIN WILLIAM BRITTELLE TIX: To win a pair of tickets to see William Brittelle at LPR, email BVCONTESTS@HOTMAIL.COM (subject: Television Landscape). Include your first and last name. Two winners will be picked at random and contacted ASAP.