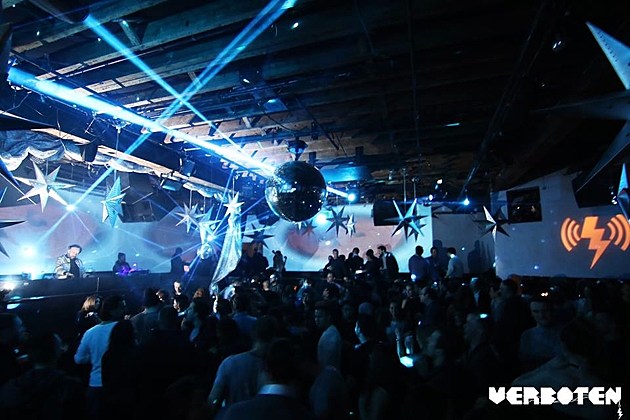 Williamsburg dance club Verboten opened its doors in early 2014, and now the club's founders (Jen Schiffer and husband John Perez) have been accused of fraud and mismanagement, THUMP reports. Via the article:

In a letter dated January 7, 2016--addressed to "Friends of Verboten," and sent to an undisclosed group of investors and employees--a man named Brian Edward McGuinness states that he and 13 other investors have agreed to take legal action against Schiffer and Perez. According to McGuinness, the conflict began when Schiffer and Perez failed to provide investors with information about the club's finances and operations, raising suspicion as to how their investments were being spent.

"Many of the investors have been forced to organize over the last several months due to what was initially simply a lack of transparency into the operations and financial performance of the business by the operating partners," explains McGuinness in the letter.

According to McGuinness, investors became concerned over time that something fishy was going on with how the club's funds were being handled. "As we dug into this," McGuinness continues in the letter, "we began to perceive financial irregularities regarding the club and have been able to verify that significant mismanagement and outright fraud have occurred (and continue to occur) by at least one of the club's operating partners who is responsible for the day-to-day operations of the club."

The article also points out that THUMP spoke to several current and former employees of Verboten, and verified that some of the staff "have not been paid portions of their salaries due to an overdue payroll." The investors who are accusing Schiffer and Perez want to remove them from the club and "put in place partially new management." Another letter, dated January 13, claims Schiffer and Perez concealed "revenues equaling hundreds of thousands of dollars," charged the club for personal expenses, and more. THUMP spoke to Schiffer, who "vehemently denies" all charges.