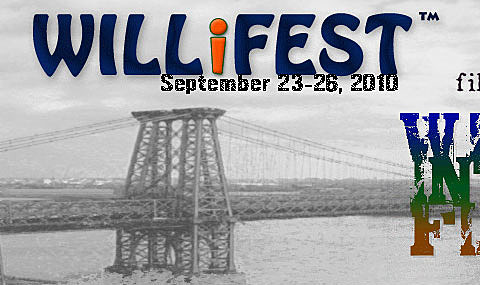 Willifest kicks off with an opening night gala at Galapagos in DUMBO tonight (maybe they forgot it moved!), and then continues with a full schedule of events/movies happening in Williamsburg on Friday, Saturday, and Sunday.

One highlight of the fest (well, I haven't seen it) includes a new documentary about the McCarren Pool Parties. In it you'll see a bunch of photographs by Bao Nguyen that first appeared on BrooklynVegan.com. Bao writes:

"A documentary that features my concert photography will be playing this weekend at the first ever Williamsburg International Film Festival. It's opening the festival on Thursday night but all the tickets sold out so they added a second show on Sunday afternoon at 3 PM at the Knitting Factory. Let me know if you can make it. Unfortunately tickets can only be bought at the door."

More details on "Pool Party", below...

Pool Party is the story of McCarren Pool, the largest public swimming pool in New York City. Abandoned for nearly 25 years an incredible music series filled its basin for 3 short summers transforming Williamsburg, Brooklyn into a world-renowned destination. Weaving stories of neighborhood residents with music and performances by Aesop Rock, the Beastie Boys, Black Lips, the Breeders, Deerhunter, The Hold Steady, the Liars, Les Savy Fav, Matt and Kim, MIA, Sonic Youth, Tall Firs, the Ting Tings, the Yeah Yeah Yeahs, Yo La Tengo, and more, we chronicle the colorful history of McCarren Pool as we celebrate this unique music venue during its final season.