the in-process exterior of National Sawdust 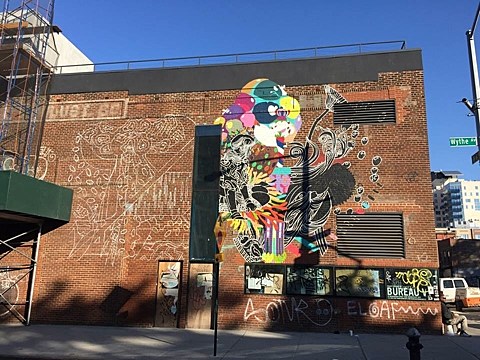 Back in May, we posted details on the new non-profit Williamsburg venue National Sawdust, that's set to open on the corner of Wythe Ave and North 6th Street on October 1. Now the venue's initial schedule has been announced.

Three of the venue's curators, The National's Bryce Dessner, composer Nico Muhly and vocalist Theo Bleckmann, will team up for a concert on opening night. They'll be joined by the ACME ensemble and violist Nadia Sirota. Chris Thile (Punch Brothers, Nickel Creek) will open with a solo set. Tickets are on sale now. That's a 7:30 PM show, and there's also a late show that will have curator Jeffrey Zeigler teaming up with Cibo Matto and more (tickets).

That 10/21 show is currently the only upcoming tour date for Majical Cloudz, who have a new album on the way.