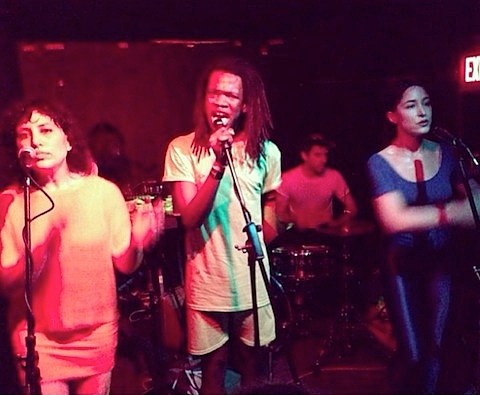 Enacted in 1926, ​the New York City's ​cabaret laws were originally to put the kibosh on illegal booze. After the repeal of prohibition, the law -- which requires clubs and bars to get an expensive permit for dancing -- went largely unenforced until the Giuliani administration and his efforts to clean up the city. Williamsburg club/coffee shop/venue Muchmore's is taking a stand against cabaret laws, suing the city:

Andrew Muchmore​, owner of ​Muchmore's Cafe ​in Williamsburg, filed suit in Brooklyn federal court to challenge New York's ​cabaret laws ​- which prohibit danci​​ng ​by more than three people at one time unless the venue has a cabaret license.

In the suit, he cites the first and 14th amendments and claims the tight restrictions against patrons shaking their money makers have forced him to play ​sedate if not ​dreary tunes at his nightspot​ and coffeehouse.

The real estate attorney argues the stricture prevents him from cranking beats that might actually tempt patrons to ​want to dance ​- and thus break the law, according to his s​​uit.

To avoid any potential skirmish with code enforcement officers, Muchmore avoids hosting acts that "involve dancing or would tend to elicit dancing," the suit states.

Instead, Muchmore plays ​safe ​wallflower genres including "folk music, rock music, experimental electronic music, jazz and other forms of music that are not conducive to dancing," the suit states. - [NY Post]

!!!'s 2003 dancepunk touchstone "Me and Giuliani Down by the School Yard (A True Story)" confronted cabaret laws and NYC powers-that-be in its own funky way. Stream it below...