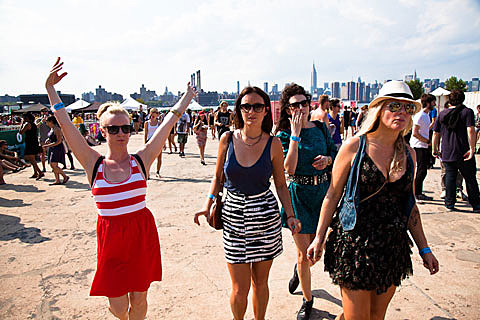 This summer's Williamsburg Waterfront concert season begins this weekend with a free show on Saturday (6/11) (5:30pm doors). For what it's worth, that show is Coheed and Cambria, Adrian Belew Power Trio and Tigers Jaw, but it is free. It's also one of three currently announced free shows (there will be five free shows total, one of which will be classical music). The other two announced free events are Eugene Mirman and Pretty Good Friends (Patton Oswalt will be one of those friends!) and special musical guests They Might Be Giants on July 29, and a children's show with Moey's Music Party and Story Pirates (who recently hosted a benefit) on June 19 at noon.

Ticketed shows include Death From Above 1979, Death Cab for Cutie, Sonic Youth, Bright Eyes, Thievery Corporation (with Dam-Funk & Master Blazter and Raphael Saadiq opening), TV on the Radio, Fleet Foxes and more. Check out the full lineup with openers listed below... 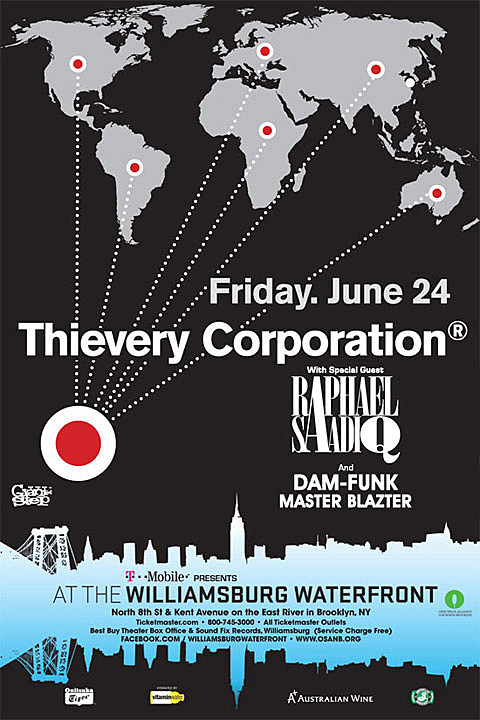