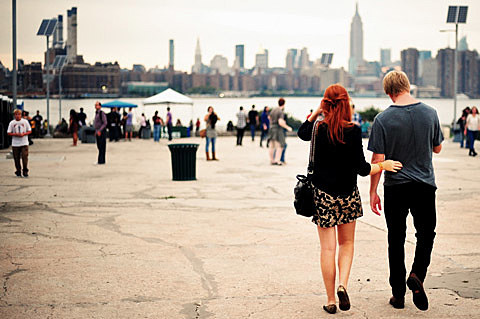 Williamsburg Waterfront aka East River State Park, was a hoppin' but short-lived outdoor Brooklyn venue back in 2011 that was replaced by Williamsburg Park right down the street in 2012, but Williamsburg Waterfront may be making a musical comeback. Mad Decent have double confirmed that their NYC 'Block Party' this year will take place at the "Waterfront" and not the "Park" where they sort of had it last year.

No word yet on whether this will be a trend of a one-off event in the "Waterfront" space.

Williamsburg Waterfront is also currently home to less musical gatherings like the Brooklyn Flea, Smorgasburg and this past weekend's Hot Sauce Expo.

Williamsburg Park is also still operating as a concert venue, with Shins and New Order shows already announced for summer 2013.