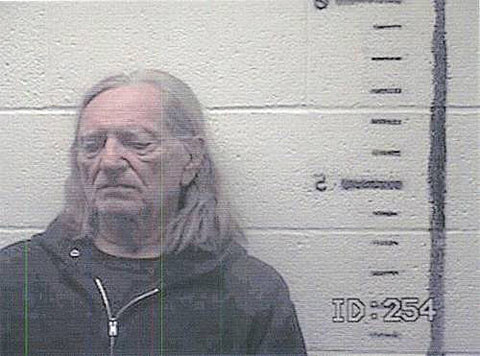 Forget the Tea Party -- country music legend Willie Nelson has a different kind of movement he wants you to join.

"There's the Tea Party...How about the Teapot Party? Our motto: We lean a little to the left."

Nelson, 77, was arrested by the U.S. Border Patrol for possession of marijuana last week, despite the fact that he was roughly 100 miles [from] the U.S. border at the time.

"It's supposed to be a checkpoint only for aliens, and [agents] overstep their authority all the time," Texas attorney Dick DeGuerin told Rolling Stone. "I've had several cases from that checkpoint and they just use the opportunity to check out anybody they want to."

...If Nelson's new party succeeds, he won't be a lawbreaker anymore.

"Tax it, regulate it and legalize it," Nelson wrote. "And stop the border wars over drugs. Why should the drug lords make all the money? Thousands of lives will be saved." -[About]

Support Willie Nelson in his trek for decriminalization by joining the Teapot party, or just support him when he hits the road for a string of dates in December and in the new year. Full tour sked is below, and quite a few (non-NYC) dates are on sale and/or pre-sale.

Two of those dates (2/13 & 2/14) will go down at Austin City Limits - Live, the studio that houses the famed series which recently relocated. The show's new home, Moody Theater, will begin taping shows there in early 2011. The new location is now walking distance from the main drag that is 6th Street.

I'm not sure of Wavves' political affiliation, but I am guessing he's all for switching to the Teapot party. He just got arrested for pot in Germany. Hopefully he's more careful on his upcoming tour with Best Coast. There won't be a smoke-filled tour bus that asking to be pulled over since, well since Willie Nelson.

Willie Nelson tour dates and some videos below..

What Was Willie Nelson Arrested For?