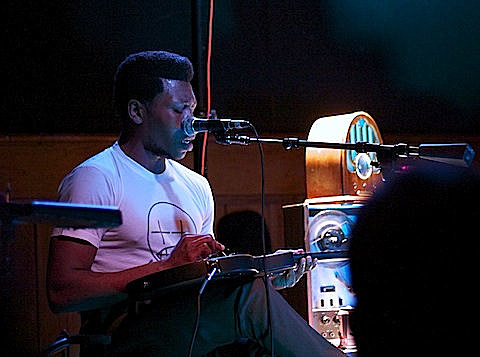 Chicago singer/songwriter Willis Earl Beal, who is opening a number of dates on SBTRKT's upcoming tour, but not any of the NYC shows, has been announcing a few shows he'll be playing in NYC surrounding the tour. We already mentioned his Glasslands show (3/29) opening for Zulu Winter (tickets). He's since announced two more. A couple days after Glasslands, he'll headline his own NYC show at Mercury Lounge on April 1, and after his run on the SBTRKT tour ends, he'll open five dates on WU LYF's tour including Music Hall of Williamsburg on 4/26 and Bowery Ballroom show on 4/27. Tickets are still available for both WU LYF shows and tickets for Willis Earl Beal's Mercury show go on sale Friday, 2/10 at noon with an AmEx presale starting Wednesday (2/8) at noon.

All tour dates and Willis Earl Beal's "Evening's Kiss" below...