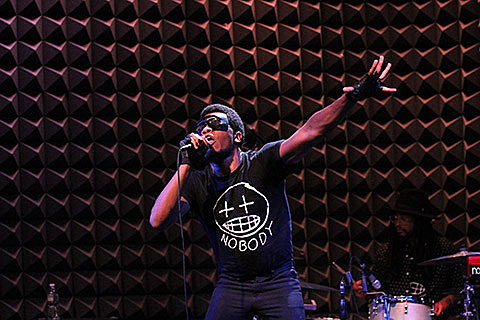 Red Bull Sound Select, who hosted a CMJ show with Ratking, is presenting their next show at Knitting Factory on October 28, headlined by Willis Earl Beal, who played a couple of CMJ shows, including one at Mercury Lounge and a last-minute one at Brooklyn Bowl on Saturday with Public Service Broadcasting, who played our own show hours later.

Openers on this one, curated by Brooklyn Bodega, are CharlieRED, rapper YC the Cynic (who recently released GNK, which you can stream below), and Kiah Victoria. Admission is $3 with RSVP, $10 without, and entry is first come, first served. Flyer below.

The last BrooklynVegan-curated Red Bull Sound Select show was the one at MHOW with The Gaslight Anthem and The Bouncing Souls. Our next one is in January. Stay tuned for more info on that.

YC the Cynic LP stream and show flyer below... 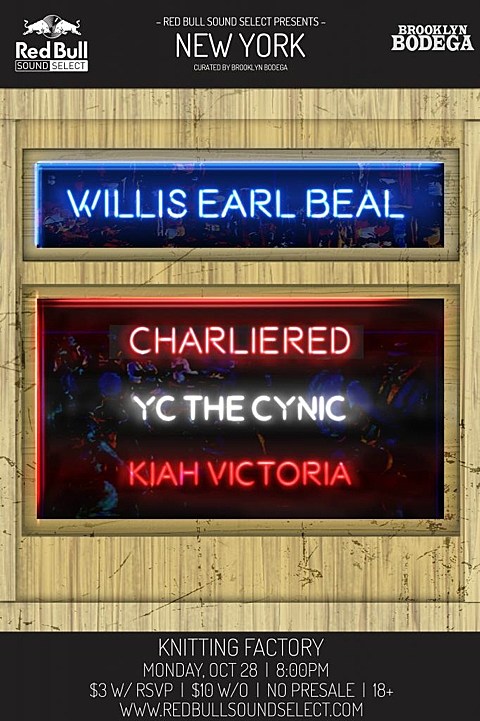