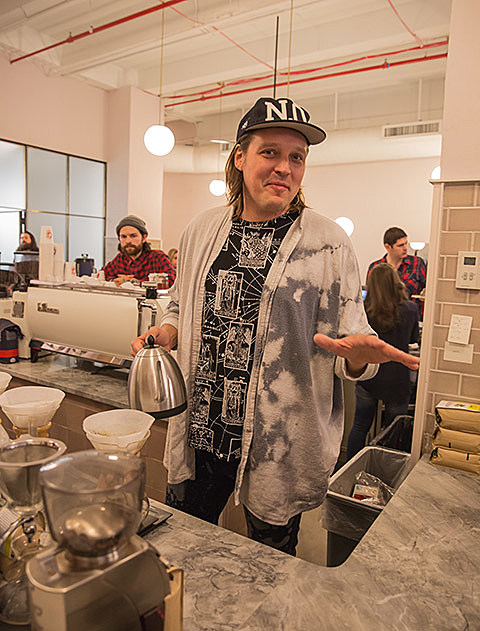 Arcade Fire frontman Win Butler had a busy weekend in NYC. His eventful three days began on Friday when he played the NBA All-Star Celebrity Game at MSG. His team, The West, beat The East (which Common and others were on) 59-51. Win had eight points and 12 boards. You can watch a video of him doing a layup, below.

He was wearing his Kanye West-designed Nike Red Octobers (not to be confused with Kanye's new Adidas Yeezy 750 Boost shoe that he debuted last week). Win's brother/bandmate Will tweeted "Kanye, you have to fix this #MVP thing. They have to respect the artistry" after Kevin Hart (who returns to MSG in July) got MVP.

After the game, Win headed to Bowery Ballroom where he was one of several DJs at the Rock On Foundation benefit, as DJ Windows 98. The Hold Steady headlined. Other DJs included members of Vampire Weekend, Das Racist and Caveman. That's him at Bowery pictured above.

Then Saturday afternoon Win headed to La Colombe cafe in Hudson Square where he acted as a barista, serving his new blend of RaRa Haitian Coffee that he created in partnership with La Colombe. The blend was partially to benefit Haiti, with proceeds going to Partners In Health and Haiti Coffee Academy. We stopped by the cafe to see barista Win in action, and while we were there he jumped on a table to give a speech about how the coffee is for a good cause. He then gave out sample cups to the crowd, took pictures with fans, and signed stuff. Some pictures of that are in this post.

That night, he was back under his DJ Windows 98 guise to get a late-night party at Baby's All Right going. Anyone catch that? UPDATE: Win now uploaded a mashup of Kanye West's "Jesus Walks" and Beck's "Loser" which (according to a commenter below) he played back to back at Baby's. Listen below.

Finally, on Sunday Win headed to SNL's 40th anniversary to introduce Miley Cyrus. Some people were not happy about this decision. Here are some tweets:

More pictures of Win's weekend, including shots of him as a barista, a basketball player and a DJ, below... 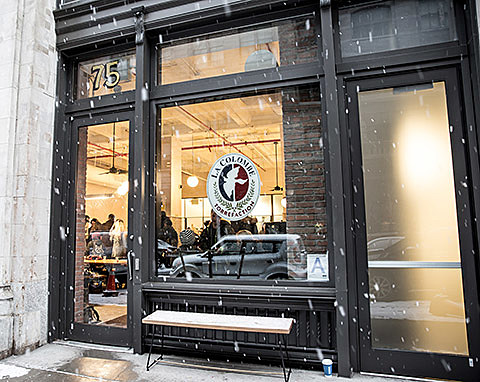 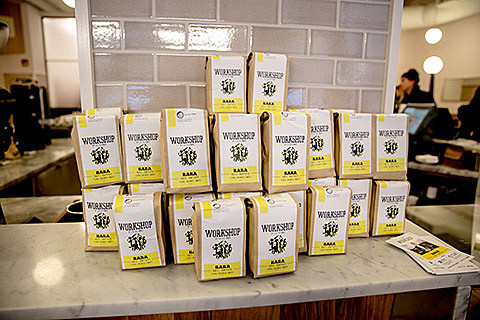 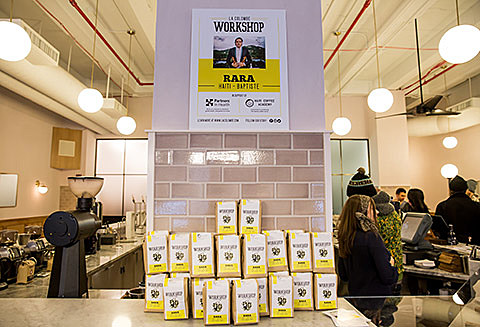 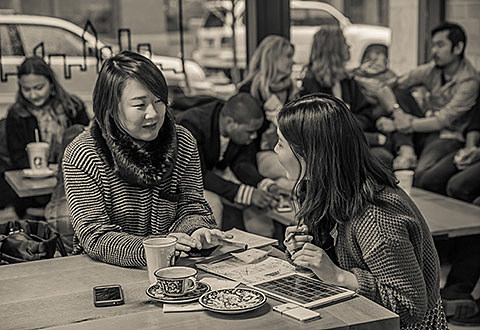 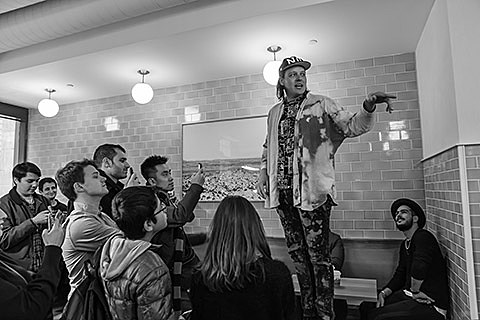 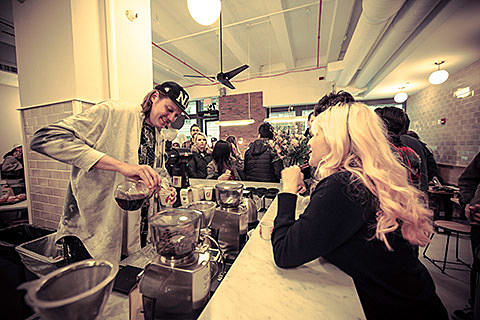 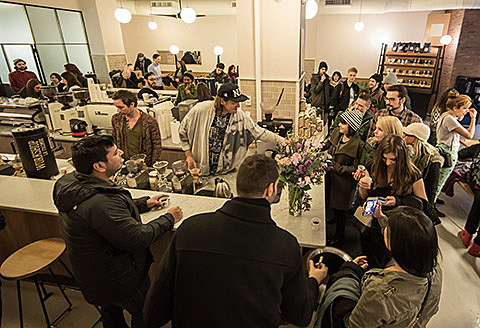 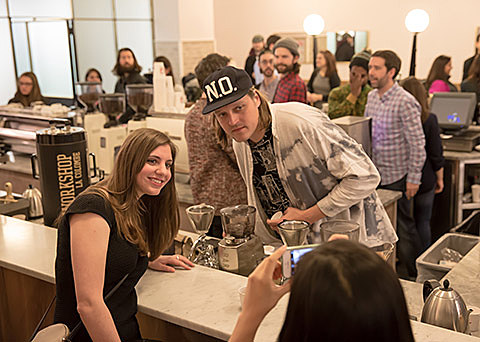 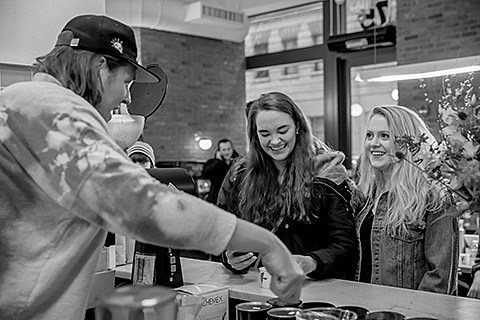 Win Butler aka DJ Windows 98 at Baby's All Right

dj windows 98 did a bang up job last night