It's a Win Wynn situation...

Arcade Fire singer Win Butler is having a pretty busy weekend in New York, doing non-Arcade Fire things. Tonight (2/13), he's playing the NBA All-Star Celebrity Game at MSG with Common and others, and also DJing The Hold Steady's show at Bowery Ballroom (sold out) as DJ Windows 98. He DJs once again under that moniker late-night on Saturday (2/14) at Baby's (also sold out).

Earlier in the day on Saturday, he'll take a break from music and basketball to pursue yet another hobby... being a barista. He'll be serving at NYC's La Colombe in Hudson Square (75 Vandam St) to celebrate his new blend of RaRa Haitian Coffee that he created in partnership with La Colombe. The time he'll be serving will be announced Saturday morning, according to the coffee company. Here's what he says:

Being in the mountains of Haiti, it is hard not to think about coffee. The elevation, the sunshine, the soil, and incredible people, who have been growing the plant on tiny family plots for centuries. Haiti is buzzing with potential and possibility, and coffee can be an important part of its rebirth!

I'd heard about what La Colombe was doing with their coffee academy so I approached them to see if they'd make this coffee for me, because coffee is so important to Haiti, and Haiti is so important to me and everyone in the band.

Really happy to share this with you, especially with all the funds going to Partners in Health, The Coffee Academy and Haiti.

You can also order the blend online. Proceeds will support Partners In Health and Haiti Coffee Academy.

The Hudson Square location is one of five La Colombe cafes in NYC, and they also have locations in Philly, Chicago, and DC. Though it will only be served at the Hudson Square cafe, it will be available to purchase at any location for the next 10 days/2 weeks. 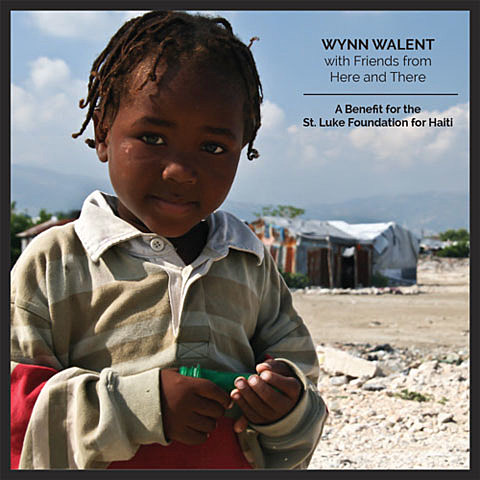 Speaking of "wins" helping Haiti, singer/songwriter Wynn Walent continues to do so as well, and has a recorded a new album to benefit Haiti. You can stream or download it for free at his website, but donations are encouraged. He wrote on Huffington Post:

Most of the album was recorded in Brooklyn at Lindbergh Palace Studios, and it features recordings from the chapel in Haiti as well. Half of the songs are English interpretations of the Haitian spirituals I love so deeply, and the other half I wrote. The songs are faithful, (think Tom Joad, not Pat Robertson) and speak to the need for hope and community in the way our own Americana tradition does. The songs in the chapel are sung each day by a group of people who are fully engaged in their communities and fully committed to finding faith, hope and love under every rock.

The 5th anniversary of the earthquake is approaching. That tragic day brought me to Haiti; it wasn't in my plans before then. I intended to stay for two months, and five years later here I am. The Haiti that I fell in love with is in these songs, songs that grow out of many acts of defiance.

A trailer video with some of the music can be watched below.