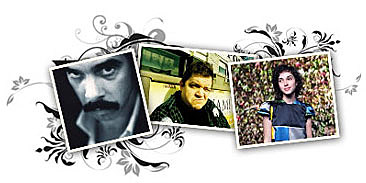 The live show is Thursday night at Terminal 5 in NYC. It is NOT sold out, BUT I HAVE 10 PAIRS OF TICKETS TO GIVE AWAY. Want them? Details on winning below...

Five pairs of tickets will be awarded today (March 4, 2008). Five pairs of tickets will be awarded tomorrow. You can enter twice - once per day. To win, go to Dell Lounge's Plug Awards page and find the 'word of the day'. Do that today (March 4, 2008) and email BVCONTESTS@HOTMAIL.COM (SUBJECT: Plug). Include your first name, your last name, and the word of the day in the email. Five winners will be picked randomly and contacted. Do the same tomorrow (March 5, 2008). Enter only once per day. Enter both days. Enter only today. Enter only tomorrow. It's up to you.