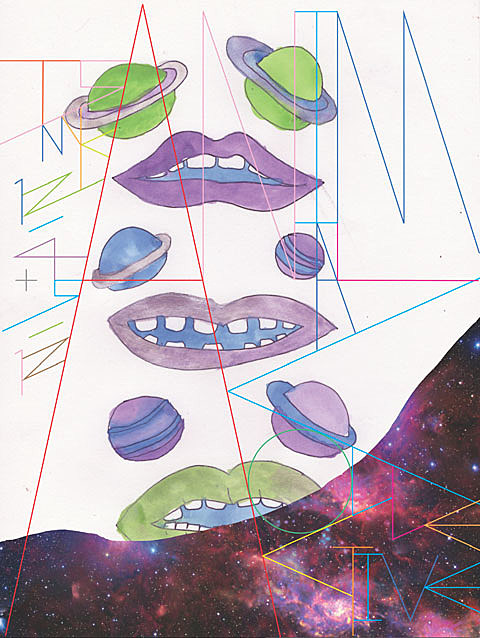 As mentioned, Animal Collective, who recently told us what they've been digging in 2012, and who are also ending up on other people's lists for their album, Centipede Hz, will be playing two nights at Terminal 5 (12/4-5) next week to make up for their cancelled Williamsburg Park show, which would have happened in October. Tickets for both shows are still available, but we're also giving away a few pairs for each show. Each pair comes with the show poster, which was designed by artist Andrew Kuo and Avey Tare's sister Abby Portner (who also worked on some of the AnCo album covers). That's the poster above and the contest details are below.

======================
For a chance at winning tickets to Animal Collective at Terminal 5: either tweet something that includes both @BrooklynVegan AND "ANIMAL COLLECTIVE" in the tweet, or send an email to BVCONTESTS@HOTMAIL.COM with the subject line "ANIMAL COLLECTIVE" and let us know the day of your choice (12/4 or 12/5). Include your first and last name in the email. We'll pick a winner at random and contact them with more details. If you enter by email, it will not be shared with anyone else. Good luck!
======================