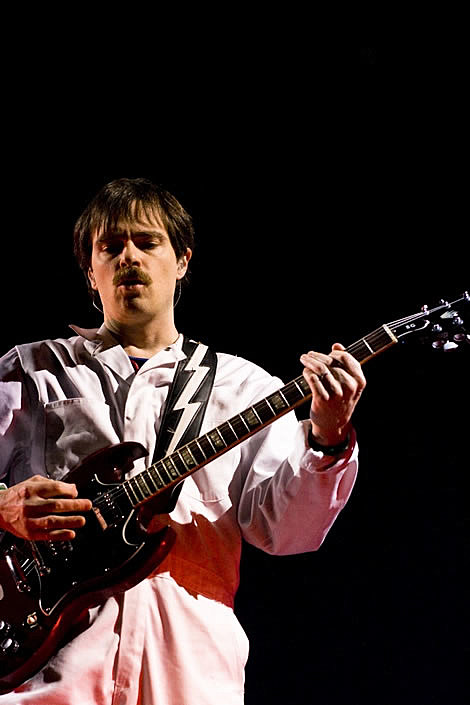 In October, Weezer revealed NYC dates and venues for the Blue Album/Pinkerton shows, as part of the Weezer Memories Tour Driven By State Farm. In case you weren't able to muster up the 74 dollars for tickets, or you didn't act quick enough (the shows are sold out), we're giving away four pairs of tickets to the Pinkerton show on 12/18, which include meet and greets and an autographed copy of their new album "Hurley". Details on how to enter are below, and if you don't win here, you can also try your luck at the State Farm Nation Facebook where you can enter the "Grantin' Wishes with Weezer contest" (you can also win the opportunity to sing on stage and other stuff).

The Memories Tour kicked off in California in late November with Best Coast opening two LA shows. In case you didn't hear, it was at those shows that Bethany of Best Coast performed Weezer's "Island In The Sun" with Rivers during the first part of the show (they played the albums last). Both LA setlists and video of the Rivers/Bethany duet are below.

Unfortunately, Bethany won't likely be at either of the two New York dates, which are both being opened, like the rest of the tour, by Free Energy (which is appropriate though, because Weezer is somewhat of an arena band and Free Energy are not afraid to wear their arena rock band influences on their sleeve).

After the Weezer tour, Free Energy embarks on their final headlining tour in support of their current album. No New York shows in that new set of dates, but in addition to the Weezer tour, Free Energy just played a bunch in town on their last tours. They're promising new songs this time around (from the new album they're recording), and those new dates (Philly included) are listed below..

For a closer view...

--
Weezer Concert at Gibson Amphitheatre, Universal City, CA, USA
Setlist on November 27, 2010
Memories
Pork and Beans
The Greatest Man That Ever Lived (Variations on a Shaker Hymn)
Perfect Situation (with Jorge Garcia)
Dope Nose (Scott Shriner sang, Rivers played guitar)
Island in the Sun (with Bethany Cosentino from Best Coast)
Hash Pipe
You Gave Your Love to Me Softly
Susanne
Only in Dreams
Pinkerton
Tired of Sex
Getchoo
No Other One
Why Bother?
Across the Sea
The Good Life
El Scorcho
Pink Triangle
Falling for You
Butterfly 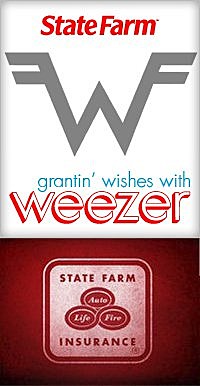 TO WIN WEEZER ROSELAND TICKETS: Send an email to BVCONTESTS@HOTMAIL.COM with "Weezer" as the subject line and include your first and last name in the email. We'll pick four winners at random and contact them with instructions. Contest ends 12/16. Good Luck!