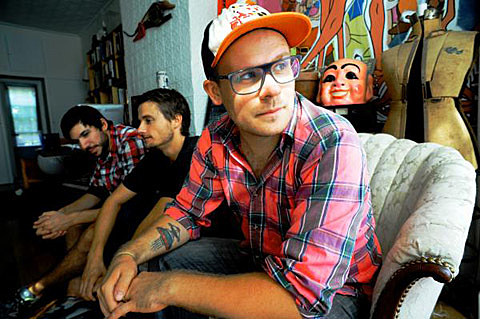 Win Win, a new crew featuring Devlin, XXXChange, and Ghostdad, have a self-titled LP due via Vice Records on Feb 15th. The LP features many guest shouts over its 15 songs including Lizzie Bougatsos of Gang Gang Dance (check out "ReleaseRPM" and its remix above and below), Alexis Taylor of Hot Chip (check out "Interleave" above and below), Matt Sweeney, Spank Rock, Andrew WK, and many others. Lizzie and Alexis will also be on hand to perform live with Win Win at their record release party at the Andrew WK co-owned Santos Party House on 2/15. The free show will take place downstairs at Santos while Odd Future is on the first floor ("limited tickets available at the door" for the sold out show).

Alexis Taylor also has a gig of his own scheduled a few days later. He'll bless the 1's and 2's at Brooklyn Bowl on 2/19.

Alexis Taylor has also been keeping busy with another new project...

"There are many surprising things indeed to be discovered in the course of listening to Start and Complete, the new album from About Group (out APRIL 26, 2011 on Domino Records), but perhaps none more so than the beautifully unorthodox genesis of the band itself.

Comprising Alexis Taylor (Hot Chip), Charles Hayward (This Heat), John Coxon (Spring Heel Jack, Spiritualized) and Pat Thomas, who has played with the likes of Derek Bailey, Tony Oxley and others, the band originally formed to make a record of improvised music for the Treader label in 2009, having never played together as a whole before the day it took them to make their first album. After a clutch of live performances (supporting Gang Gang Dance, playing Ornette Coleman's Meltdown Festival and even Glastonbury, among others) they regrouped to record this album. [Domino Records]

An About Group video trailer with full album tracklist, with a whole bunch of Win Win stuff, below... 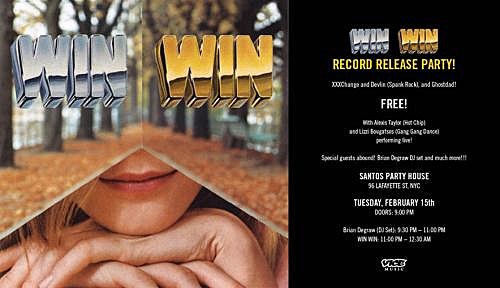 About Group - 'You're No Good' (Trailer)