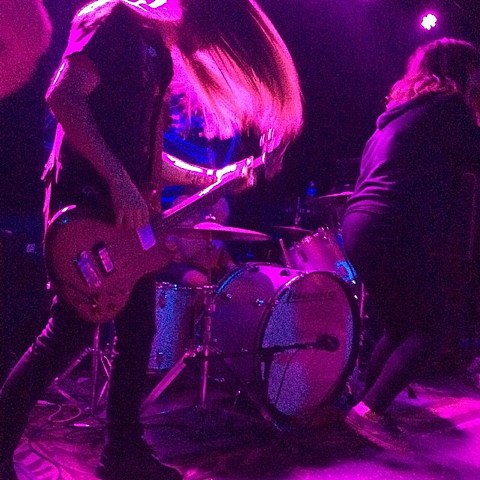 Melodic doomers Windhand brought their tour with psych rockers All Them Witches to NYC this past weekend for a sold-out show at Saint Vitus (9/20) that also included Ilsa and Polygamyst. Riffs were crushed. Heads were banged. Full set video of Windhand and a video of All Them Witches can be watched below (videos by Frank Huang). Did you go? How was it?

Windhand have also teamed up with fellow bringers of doomy riffs and witchy psychedelia, Salem's Pot, for a split 10" that they're putting out on Halloween via Riding Easy. That split can be streamed in full below...