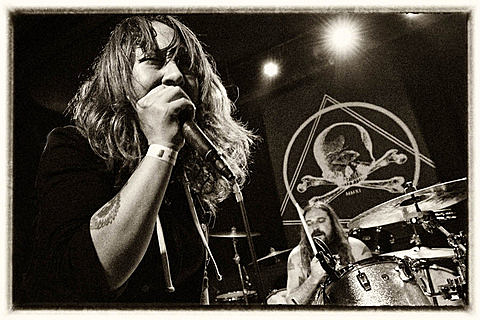 Dorthia Cottrell, frontwoman for Richmond doomers Windhand, is a week away from releasing her debut self-titled solo album (due 3/3 via Forcefield), and she's now put out another of its songs, a cover of Gram Parsons' "A Song For You." That's an apt choice, considering her previous singles were indebted to early '70s folk, a style Dorthia's as convincing at as metal. Check it out below.

She's also announced a March record release show happening in her hometown, followed by a full solo tour which begins in NYC on April 29 at Saint Vitus. TIckets for that show will be on sale soon. Most dates are with Nate Hall, but no opener announced yet for the NYC show.

UPDATE: The NYC show is now happening April 25 at Saint Vitus with Blackout and Shroudeater. Tickets are on sale.