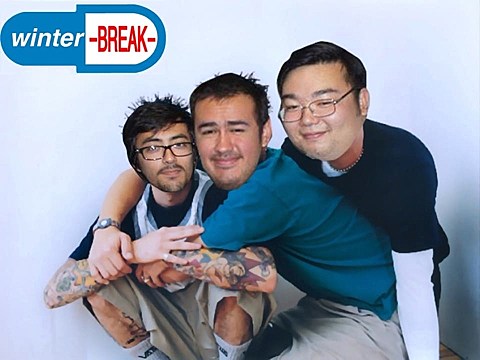 California raw pop punks Summer Vacation have been around since 2009, in which time they put out one full length and a few EPs, including a split with Joyce Manor, who consider Summer Vacation hugely influential on their own sound. Last year they had a member leave the band, but fortunately the remaining three are continuing on. Though now they're going under the name Winter Break (get it?).

The first Winter Break album is self-titled and will be out on May 19 via Asian Man Records and Lauren Records (and on cassette via Making New Enemies), and its new single "Cut The Braid" is premiering in this post. It hearkens back to the kind of punk that Asian Man were known for in the '90s (or Lookout! or Recess, etc), with a bit of that decade's Chicago-style emo in there too. Check it out below.