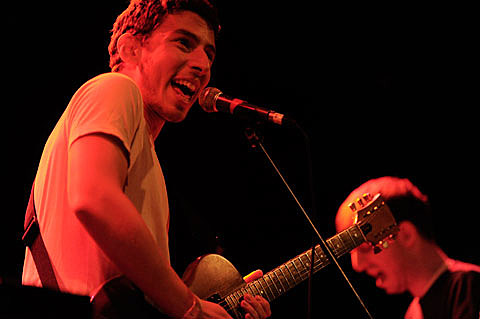 Wintersleep are going on a short North American tour this month which ends in 2 NYC dates happening on January 24 at Mercury Lounge with Pretty & Nice and January 25 at Glasslands with ARMS and Writer. Tickets for the Mercury show and the Glasslands show are on sale now. All Wintersleep dates are listed below.

In other Glasslands/Mercury Lounge news, Har Mar Superstar has a few shows announced including Glasslands on March 7 with Rewards. Tickets are on sale now.

Rewards were also just announced as the opener for the second School of Seven Bells show at Mercury Lounge (3/1). Their record release show (happening at the same venue on 2/28) sold out and Tickets for the new show go on sale Friday (1/6) at noon.

Both Rewards and School of Seven Bells also DJ in Brooklyn next Friday (1/13) at Cameo Gallery with CREEP, who is also DJing. Doors are at midnight for this late show, which takes place after Radical Dads play the same venue a few hours earlier. Radical Dads recently played a great set at our Brooklyn Bazaar Holiday Party.

Avan Lava is not to be confused with Ava Luna, who just played a BV Holiday Party with Widowspeak and Twin Sister, the latter of which they're heading out on tour with later this month. That tour doesn't include any NYC dates but Ava Luna just announced their own NYC show happening shortly after the tour ends at Mercury Lounge on February 24 with Celestial Shore, Darlings, and Cindy Lou Gooden. Tickets for that show go on sale Friday (1/13) at noon with an AmEx presale starting Wednesday (1/11) at noon.

You can catch Darlings in NYC even sooner when they headline Glasslands on Thursday (1/12) with The Suzan, Fabric, and DAYTONA (mems. of Harlem and Wild Yaks). Tickets for that show are available.

Faris (of the Horrors) and Honor (of Cerebral Ballzy) both DJ cameo this Friday night (tomorrow, 1/6).