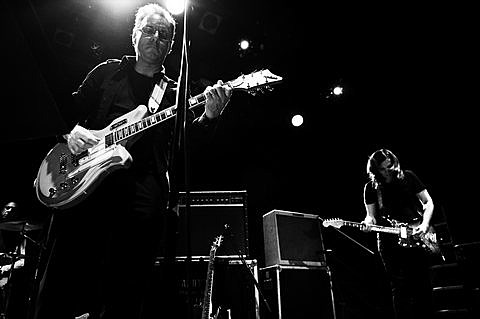 As mentioned, Wire's new album, Change Becomes Us, is out this week via Pink Flag. On it, the legendary art punks revisit some unrecorded material from the time just after 1979's 154 but before the band went on early-'90s hiatus. (Though some of the songs do appear in early form on out-of-print live album Document & Eyewitness.) You can stream the whole album -- which is quite good -- over at Pitchfork.

Speaking of that popular online music site, Wire are one of the just-announced additions to the 2013 Pitchfork Music Festival which happens July 19 - 21 in Chicago. While in America the band have scheduled a few more dates, including NYC at Bowery Ballroom on July 16. No word on when tickets will go on sale (probably Friday, 3/29) but you can keep checking Ticketmaster. All tour dates are listed below.