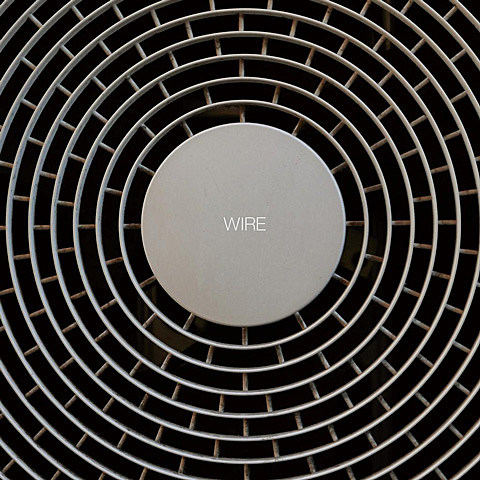 When tour dates for Wire popped up early this week, it seemed likely a new album would be on the way, and it is. The band's 13th studio album will simple be titled Wire and will be out April 21 through the band's Pink Flag label. That's the cover art above and the tracklist is below. It's the first album to feature guitarist Matthew Simms (from UK band It Hugs Back), who joined the band three years ago, in the recording process. Says bassist Graham Lewis, "With Matt there was a really new dynamic that had appeared in the group's sound and that was something we wanted to capture, utilise and be creative with."

The first single is "Joust & Jostle" and is unmistakable Wire, and quite good. Few of their peers have remained as creatively restless with such a high level of quality control as Wire. Says guitarist Colin Newman, "The point where our personal narratives meet is all about change -- moving on and keeping it interesting for ourselves. We're in it for the long haul and this is a one-way trip." Stream "Joust & Jostle" below.

Wire's tour hits NYC for two shows: Music Hall of Williamsburg on June 3 and Bowery Ballroom on June 4. Tickets for both those NYC shows go on sale Friday (2/13) at noon. More dates were announced since we last posted, and all are listed below.