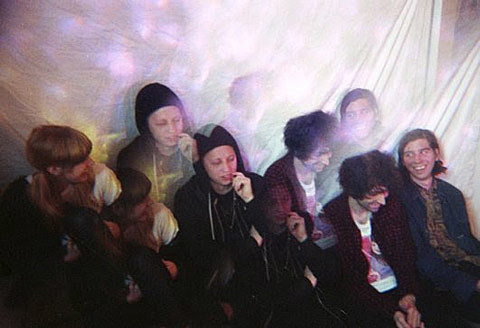 Toronto's Kyle Connolly has been making music under the Wish moniker for a while now, and just released hit debut album via Hand Drawn Dracula. It's fuzzy, hooky guitar pop not that far from Yuck (or, you know, Yo La Tengo) and features members of Beliefs, Decades and other helping him flesh out his creations. You can stream the new album in full and check out the kaleidoscopic video for "All the Time" below.

Wish will be on tour this month, playing NYC during CMJ at Palisades on October 22 which is the Hand Drawn Dracula showcase with Beliefs, Doomsquad, Lobby, The Dirty Nil, and Blonde Elvis also on the bill. Other CMJ dates may turn up, stay tuned. Meanwhile, all tour dates are listed, along with the album stream and new video, below...