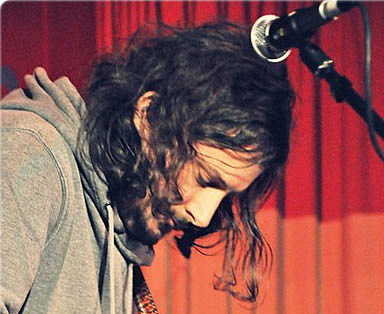 "Withered Hand should be heading for SXSW. Instead, moronic US immigration officials in Vermont froze his visa and challenged the Edinburgh musician to prove that their qualified assertion he is "not of extraordinary ability" was an inaccurate one. One can only imagine they came to such a conclusion after believing 'Withered Hand' to be a thinly-disguised pseudonym for Abu Hamza.

After incessant campaigning from fans and well-wishers on Twitter, Facebook and even a formal petition with 750 signatures, at 3.30pm on Thursday, 10th March - a mere 41 hours before Dan Willson's transatlantic flight leaves Edinburgh Airport - his visa approval finally came through. However, with Dan having to rush to London for an interview at the US Embassy, it's still touch and go as to whether this nightmare will have a happy ending." [The Pop Cop]

Unfortunately we just got word that the show scheduled to happen at Littlefield on Saturday is now cancelled. The Rockwood and Cake Shop shows are in danger too, as are his shows in Austin. We'll keep you posted.

In related news, Dam Mantle had to cancel SXSW for related reasons.