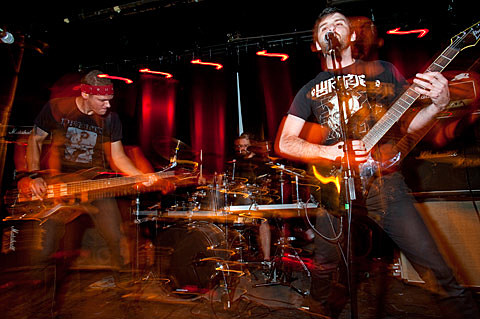 Woe has a new look thanks to the addition of drummer Shawn Eldridge (Disma) and the return of Grzesiek Czapla (Infernal Stronghold) to the fold. The band will hit the road for a weekend of East Coast dates in late January, including a stop at Saint Vitus on 1/31 with Anicon (who impressed at Saint Vitus in support of Von - pics) and Skullshitter. Tickets are on sale.