Wolf Parade weren't the headliner of the Sub Pop CMJ showcase at Bowery Ballroom on Saturday night (September 17. 2005), but they were the band that everyone was there to see. "The Next Arcade Fire" went on around 12:30 AM - after Rogue Wave and before The Constantines who closed the night. Chad VanGaalen was the first to play over 5 hours earlier.

"Clearly, judging from the now large crowd, this band was who the kids wanted to see, and at least to these ears, they didn't disappoint in the slightest. Despite being seemingly wasted., guitarist/lead vocalist #2 Dan Boecker was extremely amusing, contorting his emaciated frame on each song while only committing the amateurish sin of constantly telling the crowd how drunk the band was in between tunes. Keyboard player/lead vocalist #1 Spencer Krug seemed to be more together, despite his displeasure on having to play on a gigantic rented electric piano that he claims to have never seen in his life." [Statute of Frauds] 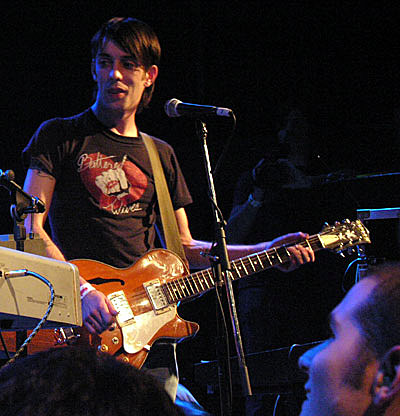 "They also never used their real name on stage but only refered to themselves as “the queen haters from Canada”. However their sound did sufer from their poor choice to rent equiment instead of bring their own." [Who's Driving the Bus] 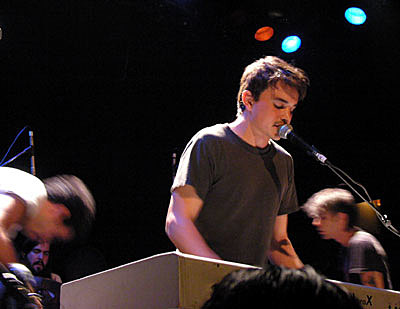 "It was almost as if Wolf Parade was trying to blow it. One member stumbles on stage with a billowing joint in his mouth and wouldn't stop babbling about how he is seeing ghosts. Another wouldn't shut the fuck up about how drunk he was, acting like a College Freshmen trying to impress a Senior during rush week......But then they started playing music and oh my fucking god did they deliver..." [Central Village]

"They put on a decent show though the first two songs has me guessing for reasons as to why the capacity filled Bowery was flipping out over this band. It was sloppy, not in a good way, non memorable, and just kind of bland. They did improve and I enjoyed the last couple of songs that had a little more structure and stand out parts to them." [gilmoreboy] 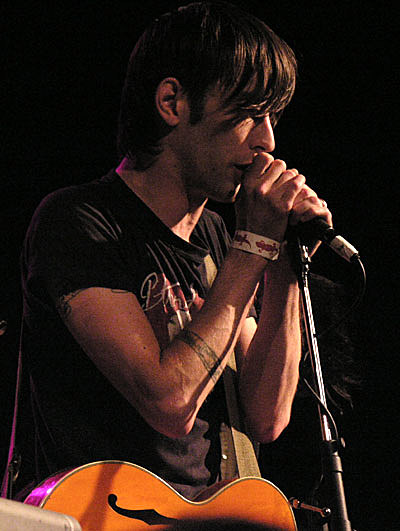 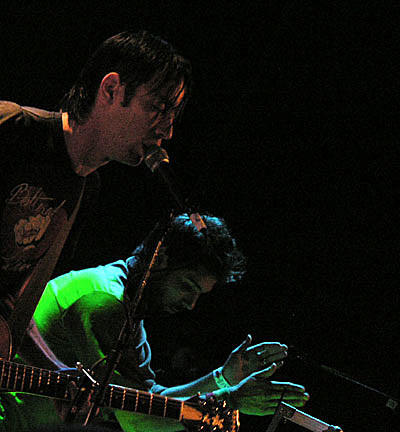 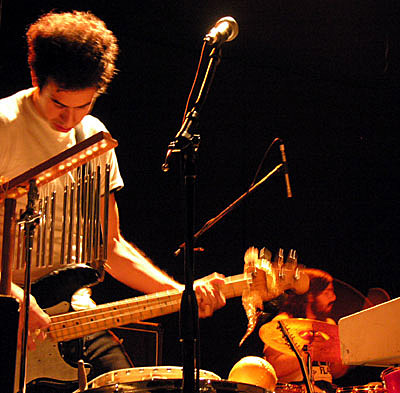 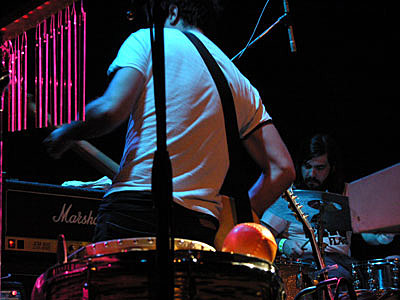 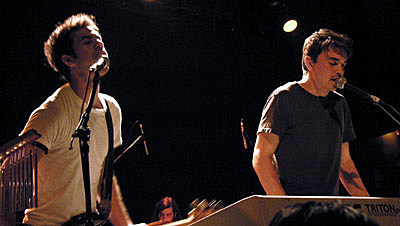 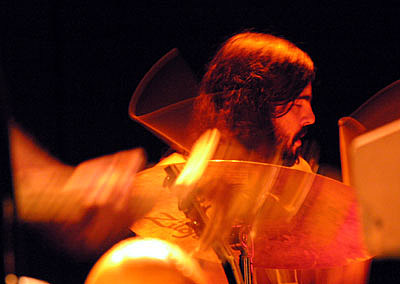 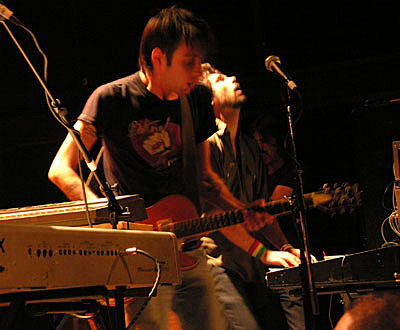 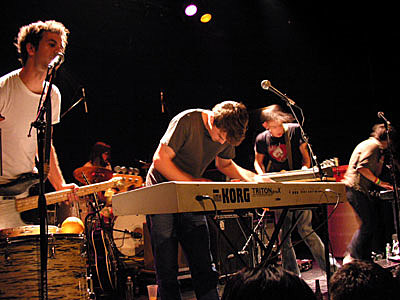 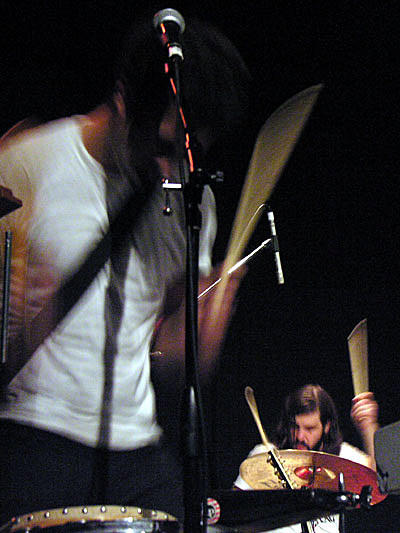 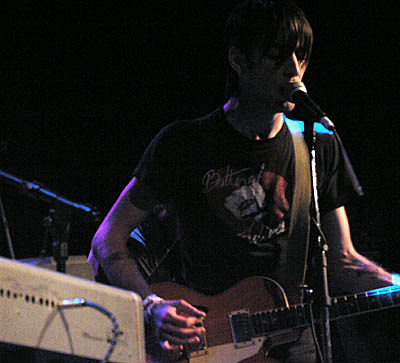 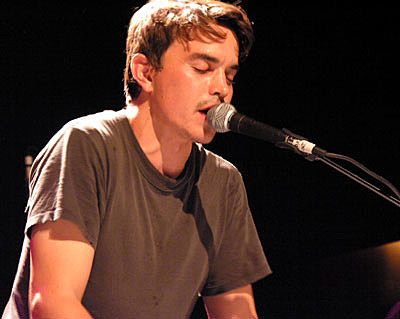 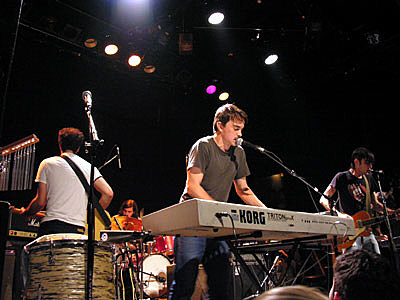 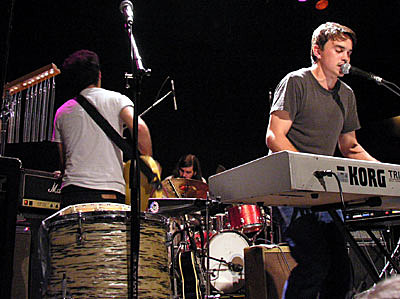 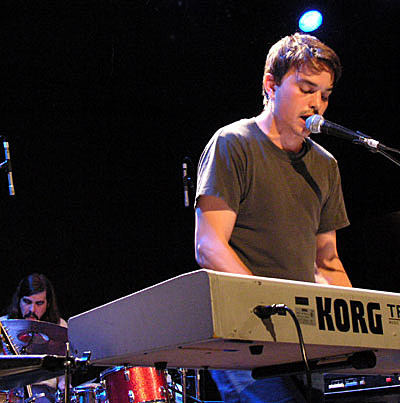 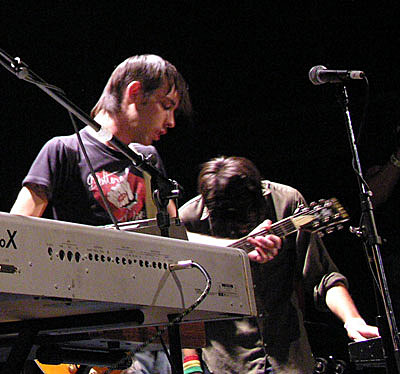 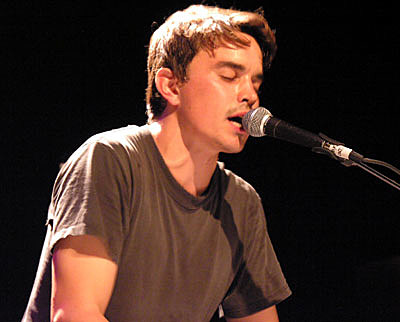 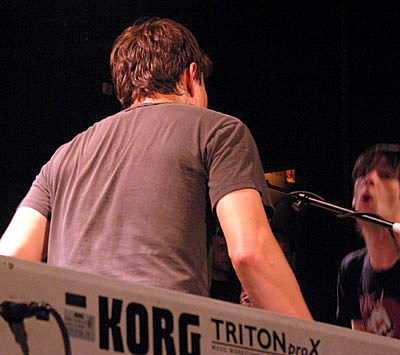 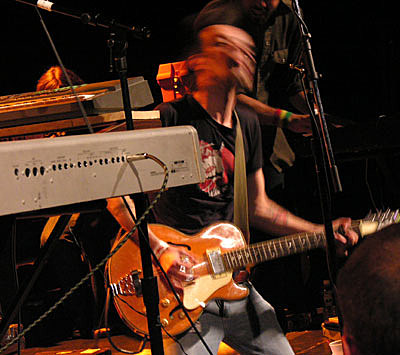 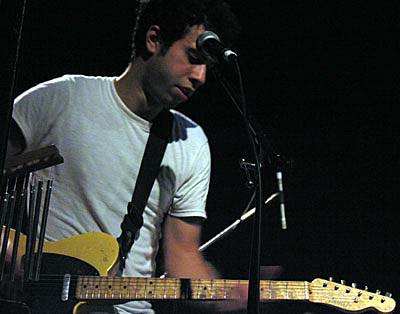 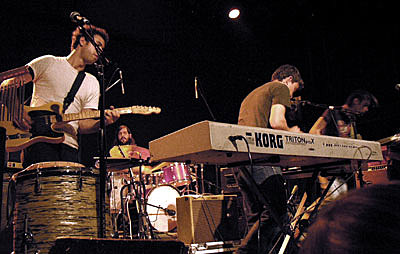 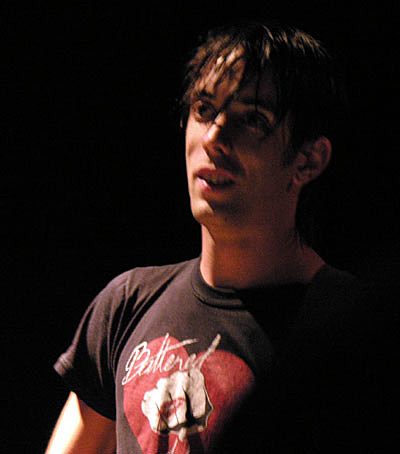 Though Pitchfork only gave their recent EP a 7.1, they hinted at something bigger to come. "It's difficult reviewing crumbs when you've already gorged yourself on the main course, but peering into the future offers the benefit of hindsight, which allows me to say now with some degree of confidence that Wolf Parade should have a pretty sick autumn."

Yeti Don't Dance and Central Village are betting on the score for the upcoming full length.

Right from Wolf Parade, I darted to Scenic to catch Towers of London.