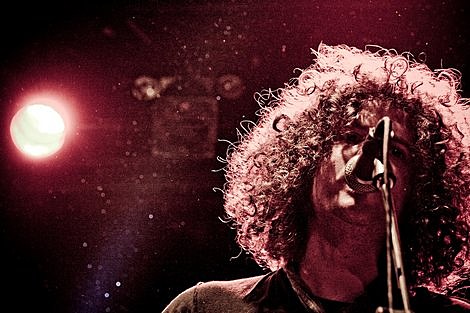 Australian retro rockers Wolfmother officially broke up this year after multiple lineup changes, and frontman/only constant member Andrew Stockdale has decided to continue performing under his own name. He'll release his first solo album, Keep Moving, next week (6/11) via Caroline Records. It's currently being teased on iTunes with a 4-track EP, which can also be streamed below via Spotify.

Andrew was set to kick off an Australian tour this week but postponed it until later this year, and he's also just begun announcing North American tour dates too. Those North American dates include NYC shows happening on August 6 at Bowery Ballroom and August 7 at Music Hall of Williamsburg. Tickets for those shows go on AmEx presale today (6/5) at noon with a general on-sale beginning Friday (6/7) at noon.

In regards to whether or not we can expect Wolfmother material at these shows, Andrew tells Noise11, We'll play 'Woman' and 'Joker', 'Long Way Girl' and 'Keep Moving'. I was a solo guy who had a band name, like Queens of the Stone Age or Smashing Pumpkins, Icehouse".

All currently-announced North American dates are listed, along with those song streams, below...