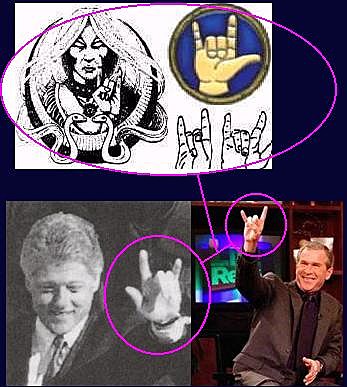 Now finished touring with The Killers, Wolfmother are going on their own tour in October and November. They play Terminal 5 in NYC on November 8th. Tickets are on sale (@ noon). All dates below.

The Cult headlined a show at Terminal 5 on September 11th. They played their album "Love" in its entirety...

"Last night I saw the Cult play live at Terminal 5 with my friend Daniela. A spectacular show. Ian Astbury voice is as strong as ever. This was the Love tour, and they played all their best songs... She Sells Sanctuary, Rain, Hallow Man, Revolution... To be honest, when they first started playing, it sounded like them, but Ian looked so different. To be fare, I was up on the balcony, so I couldn't see any details of his face. But long gone was the long black hair and bandana!

The crowd was great! A true mix of their 80's followers; heavy metal throwbacks, bikers, goths, old punks. And then the rest of us.. mainly the above 40 crowd." [mommy drinks style]

After that show The Cult added a November 10th show at Wellmont Theatre in NJ where they'll perform the same album again. Tickets are on sale.

And last but not least (for this semi-themed post), Type O Negative tend to surface near Halloween every year or two. This year it will be October 16th at Starland Ballroom, October 22nd at Nokia Theatre in NYC, and October 24th at Northern Lights. Tickets for all three are on sale (@ noon). Detroit gets the Halloween show. All dates below...