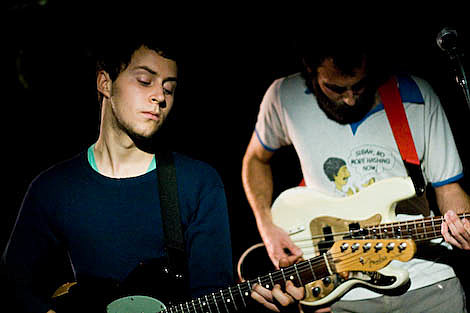 Women played the Knitting Factory Tap Room on Saturday (10/25), early evening, as part of BV's CMJ day party. Hawking their new Jagjaguwar released self-titled debut, the band split its sound between downtown arty and straight-up psych-pop. Somewhere in there Women found the perfect recipe of indie buzz bands (Interpol guitars, Panda Bear vocals) to make single "Back Rice" crackle with sonic anticipation (it being one of the most whistleable songs I've heard in a while). Predictably, it came at the end of the set. Live, Women sound tight, and if you're a sucker for bands in small spaces like me, check out Women soon. 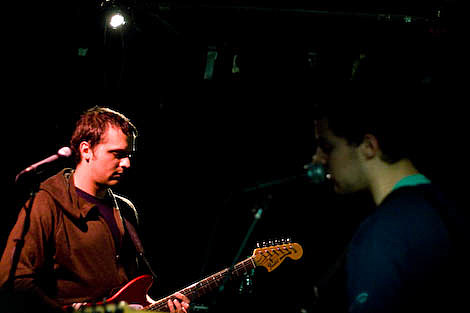 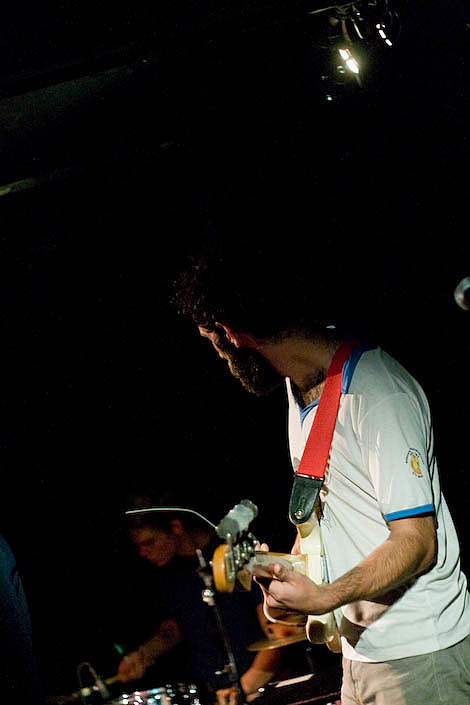 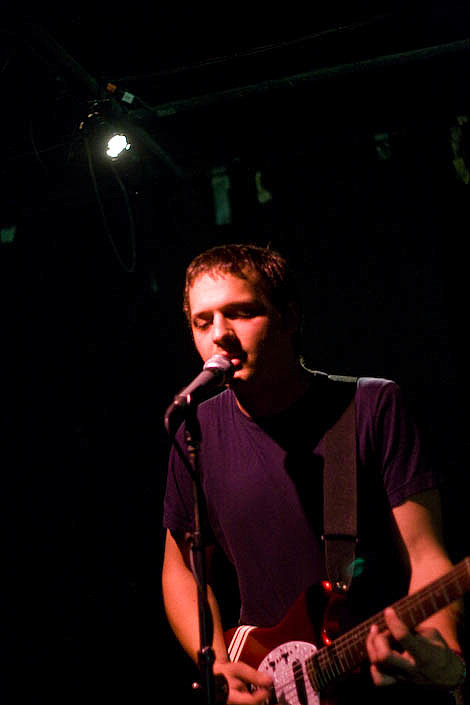 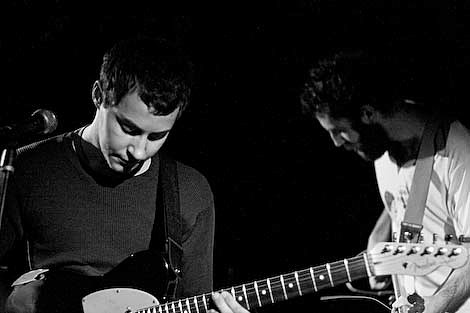 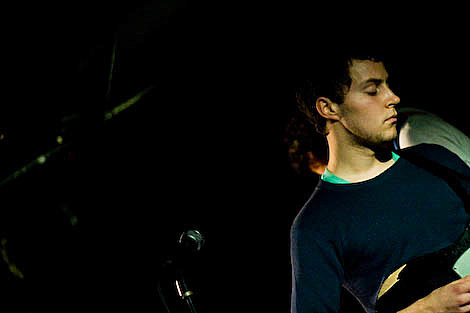 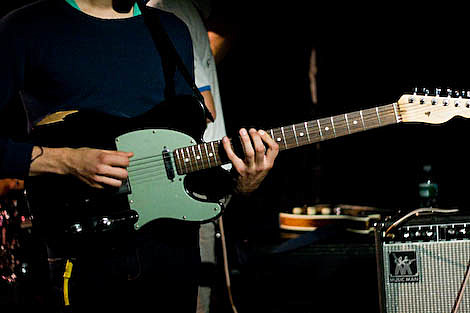 The Mae Shi played right after Women, but due do some last minute changes, one floor down.

We also caught Women at Cake Shop earlier in the week.