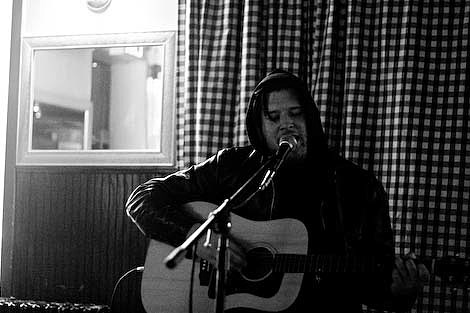 Last year, the axman known as Wooden Wand (a.k.a. James Jackson Toth) shed his moniker for the Rykodisc-released Waiting in Vain. Also as James Jackson Toth, he played last year's CMJ, with a stop at the Brooklyn Vegan day party at Pianos (that's where the pictures in this post come from).

Now, in early '09, he's back with two albums under the name of WAND: the first, Born Bad, will be co-released by People In A Position To Know Records and Wand's Mad Monk label on March 31st, in limited-edition, LP-only style - "Only 500 copies, repress unlikley."

And all signs point to Toth's next offering, a just-recorded group album, introducing another name to the mix: new band The Jescos (feat. "Timothy Bracy, formerly of The Mendoza Line along with members of alt-country faves Glossary and We Were The States"). Read about the band's recording adventures on his Toth Tells the Truth blog.

Toth remarked about his January 25th Daytrotter session on his Myspace blog:

"[The session's] exclusive covers of tunes by Baptist Generals, Aerosmith, Charlie Walker and Roy Buchanan were recorded in the midst of tour on the occasion of my 30th birthday, aka the worst day of my entire life (so far). Dig you the dispatch from oblivion. And the cute cartoon of me looking all lean and clean. While you're there, check out some other Daytrotter sessions. The TK Webb and Damien Jurado ones are especially terrific." 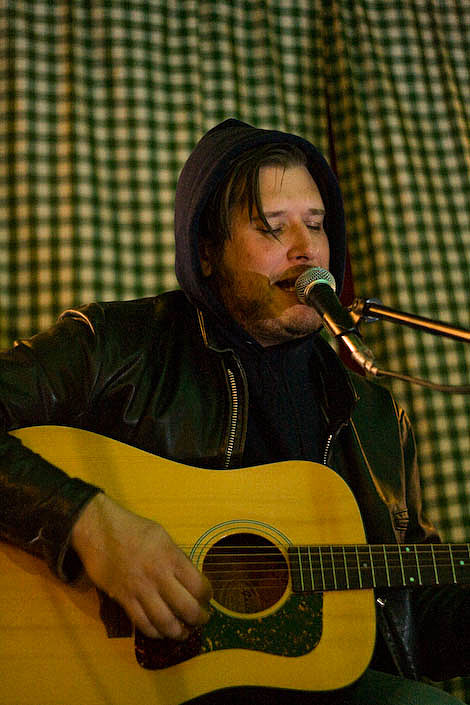 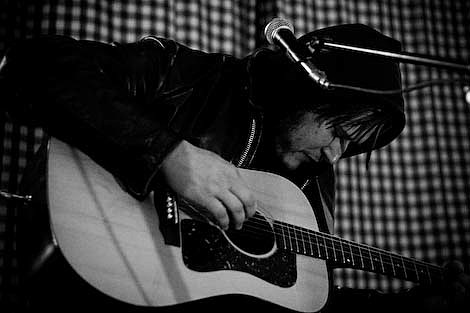