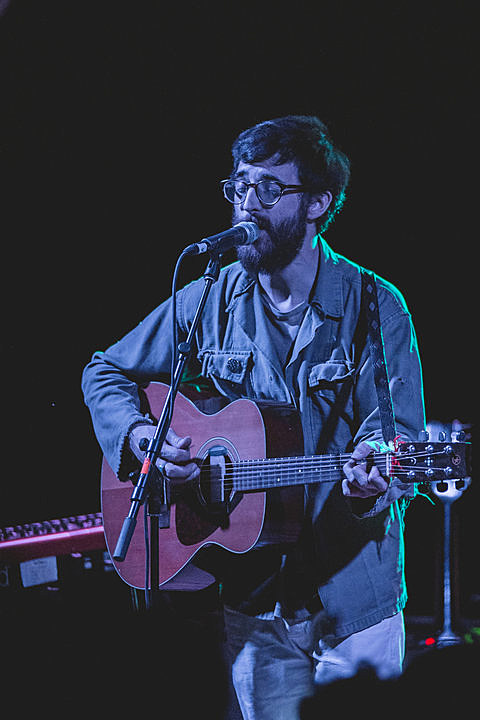 In the band's own words: "Fresh off of the release of their eighth official album, With Light and With Love, Woods are pleased to announce a new single for Captured Tracks due July 8th featuring two brand new non-album songs, "Tambourine Light" and "Tomorrow's Only Yesterday," meant as a companion piece to the album. You can pre-order the single here." Listen to "Tambourine Light" below.

Catch Woods on tour this summer and fall. New Yorkers who missed the band at Baby's All Right (4/22) and Bowery Ballroom (5/16) have another chance on 6/13 when the band open for The War On Drugs at the big Northside Festival show at 50 Kent. If you already bought a ticket for this show, consider youself lucky to get such a fine, fine opener. All of the band's dates, which take them to Chicago for Wicker Park Fest, to Portland for Pickathon, to Big Sur for their own festival, back to Austin (where they recently played Psych Fest), to San Francisco for Outside Lands to all over Europe, are listed below.

On October 24, possibly as part of CMJ, the band plays another NYC show, this time with psychedelic light show pioneers Joshua Light Show at NYU Skirball Center for the Performing Arts (a venue we've seen the Joshua Light Show do a series of performances at before). We'll post more details about that one as they surface.

Dates and song below...