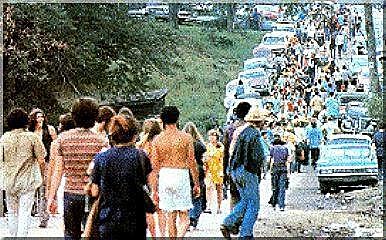 "Veterans of the original Woodstock festival, including Levon Helm, Paul Kantner and Country Joe McDonald, have organized a scheduled flashback of sorts: they and several other musicians who performed at that 1969 concert will play a new show on Aug. 15 to celebrate the festival's 40th anniversary, The Associated Press reported. The new concert, whose lineup also includes the Woodstock alumni Big Brother and the Holding Company, Ten Years After, Canned Heat and Mountain, will be held at the Bethel Woods Center for the Arts in upstate New York, where the first Woodstock festival took place. Mr. Helm, who played at Woodstock as a member of the Band, will be appearing with his Levon Helm Band, and Mr. Kantner, who performed at Woodstock with Jefferson Airplane, will appear at the anniversary concert with the upgraded Jefferson Starship." [NY Times]

No word still on the big NYC (possibly in Prospect Park) concert. Castle Clinton is hosting four tribute shows though.