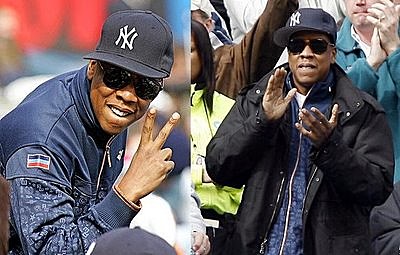 On the World Series, which he'll be kicking off on Wednesday with a performance of "Empire State of Mind":

Jay-Z: I actually predicted the Yankees in six with the Angels, so I think I'm like Jigga the Greek. I'm gonna say, Phillies are a bit tougher than the Angels. I'm gonna take Yankees in seven. Dramatic A-Rod walk-off at the end of the game redeeming him for all the time the papers and the media vilified him. Is that specific enough?"

Yes, Jay-Z will be performing "Empire State of Mind" with Alicia Keys before Game 1 on Wednesday. The video for that song below...