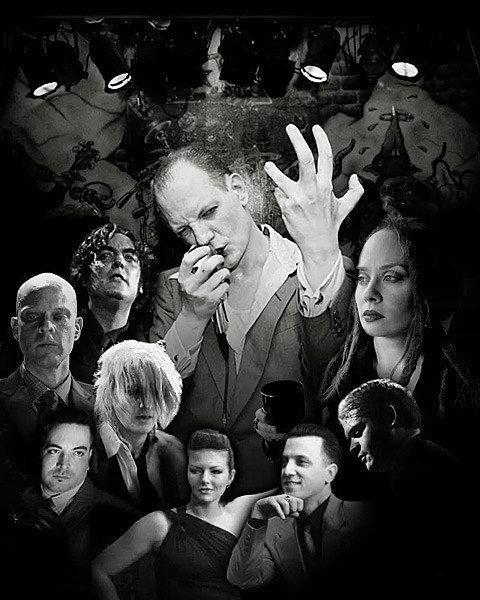 The World/Inferno Friendship Society's annual Halloween show, Hallowmas, is its most-anticipated performance of the year. The event is known for its elaborate planning and surprises. Past Hallowmases have included a burning effigy of Mr. Terricloth constructed and set alight by a large, caustic cat; an ethereal string quartet performing throughout the evening in the rear of the hall; circus performances and fire breathing by the Odd Child Uprising troupe and a cadaverous marching band materializing on stage for the finale, "Pumpkin Time". The song (performed only at Hallowmas shows) includes street rallies, and references The Great Pumpkin from the Peanuts comic strip. - [Wikipedia]

The World/Inferno Friendship Society's annual Hallowmas bacchanal happens tonight (10/31) at The Wick with Emilyn Brodsky and is sold out. They are requesting you bring a pumpkin if you're going. It's a busy time for the Brooklyn band, as their new album, This Packed Funeral, is set to pop on November 11. It's a signature mix of styles as only they can combine and you can listen to a stream of the whole record, which makes its premiere in this post, below.

Right after their Hallowmas extravaganza, World / Inferno Friendship Society will start their fall tour, playing Voodoo Experience fest in New Orleans, then heading West. All dates are listed, along with the album stream, below...