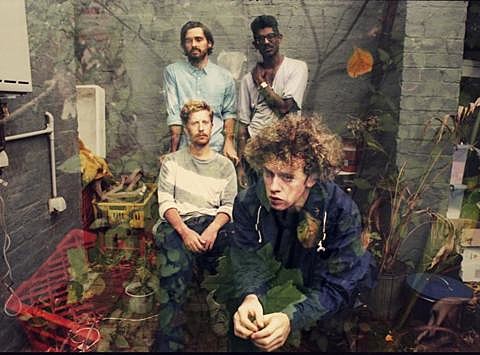 Melbourne, Australia's World's End Press have been around for three years or so, slowly building an audience in the homeland and have shared bills with Hot Chip, Primal Scream, Bloc Party, Cut Copy, !!! and Metronomy. Last year's widescreen, danceable single "Second Day Uptown" (produced by Cut Copy's Dan Whitford) recalls Sparkle in the Rain era Simple Minds was a hit on Aussie alt radio station Triple J. The band have just finished up their debut album with DFA's Tim Goldsworthy which is due out later this year. The first single, the dark and swirling "Deadbeat Sweetheart," is out now and we've got the premiere of its video below.

World's End Press will be in North America next month, touring with Cut Copy. While CC are playing Governors Ball, World End Press will play a headlining show NYC at Mercury Lounge on June 5. Tickets are on sale now. All tour dates are listed, along with that video and a few streams, below.