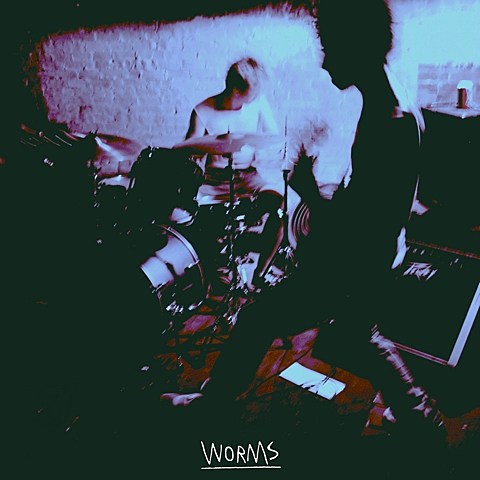 Amherst, MA sludge-punks Worms bring their ongoing tour to NYC this Thursday, where they'll play The Acheron (6/19) with Philly post-punks Psychic Teens (on tour themselves) and local noisemakers Big Neck Police. Author & Punisher and Ecstatic Vision had previously been on the bill but both dropped off. Tickets for that show are on sale now. All remaining dates for both Worms and Psychic Teens are listed below.

Worms, a power trio whose members run with the dark Western Mass collective Dark World, are cut from a similar '90s-influenced cloth as Western Mass compatriots like Blessed State and Potty Mouth (in fact, Potty Mouth's Abby Weems designed their album cover, pictured above), but with a darker, sludgier, more Jesus Lizard-influenced vibe. They put out their self-titled debut LP in April 2013, which is streaming below.

Check out that stream, along with the list of remaining tour dates for both Worms and Psychic Teens, and Worms' music video for "East Longmeadow."