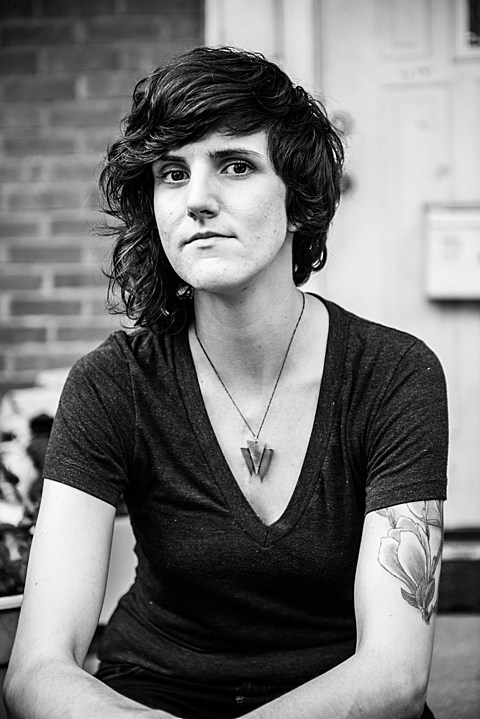 Worriers, the post-The Measure [sa] project of Lauren Denitzio, who released a 7" on No Idea in 2011, are releasing their debut full length, Cruel Optimist, on October 29 via Don Giovanni. You've already heard the title track, and the band are now revealing a second cut from the LP, "Best Case Scenario," which makes its premiere in this post. The new song is an even heavier dose of driving punk than its predecessor with some pretty busy lead guitar going on the whole time, and really shining with some Kinsella-style tapping towards the end. It's an excellent song, and you can stream it, along with the album's title track, below. The album can be pre-ordered at Don Giovanni's site.

Like we said last time, for this album, Lauren's rotating lineup of the band included Mikey Erg, Rachel Rubino (Bridge & Tunnel), and Tim Burke. In Lauren's own words, the album is "an attempt to directly combine those other things I'm involved in - like visual art, feminist/queer activism and organizing - with music."

They'll be playing The Fest and also touring Europe. A US tour is being talked about for spring of 2014. All of their dates are listed, along with the song streams, below...

* with Caves
# with Franz Nicolay
+ with Mikey Erg