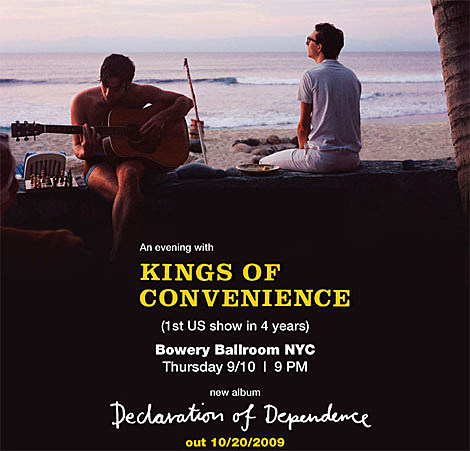 Earlier this week we had two nights with Sondre Lerche and tonight (9/10) is more Norwegian jazz pop when Kings of Convenience play a sold-out Bowery Ballroom, their only U.S. show, that I'm guessing they're playing while in NYC doing press for their new album, Declaration of Dependence, which is out next month. Quiet remains the new loud for Eirik Glambek Bøe and Erlend Øye if the reports are true that the single "Mrs. Cold" is the really the most upbeat track on the record. If so, it's going to be a super mellow one, though really you could say that about all their records. I think we tend to remember singles like "I'd Rather Dance With You" and forget that the rest of Riot on an Empty Street was pretty spare too. I've only heard a few tracks from the new one, so I'm looking forward to more tonight. Hopefully we'll get a lot of everything, as they don't play America very often. As there's no opener, we can hope for an epic "evening with Kings of Convenience." The band's on at 9:30. 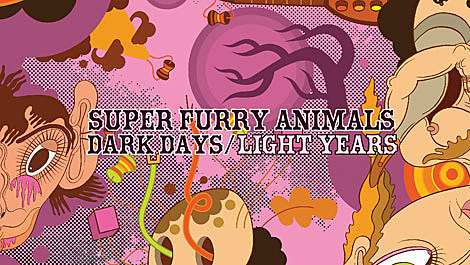 As I'm sure you've heard if you read this site with any regularity, this weekend is All Tomorrow's Parties and if you're not going there's a little runnoff with bands playing New York shows around it. Case in point: Super Furry Animals will do their only U.S. shows in support of new album Dark Days/Light Years. Specifically, tomorrow's (9/11) show at Highline Ballroom (Tickets still available) is the "only U.S. club show for 2009" and Saturday (9/12) at Maxwell's (tickets) is the "only U.S. restaurant concert this year!"

I'm a huge SFA fan, think they're one of the most consistently great bands of the last 15 years. I've seen them upwards of 20 times and they're always entertaining. Their live shows got a little over-the-top around 2005's Love Kraft with electric jumpsuits, synched video projections and prerecorded backing tracks, but they've scaled back the last couple years and there's a more spontaneous vibe these days. And the new album is really good, a nice mix of punchy rockers, sunshine pop, epic space rock, Welsh boogie, and weird disco. In other words, a Super Furry Animals album. 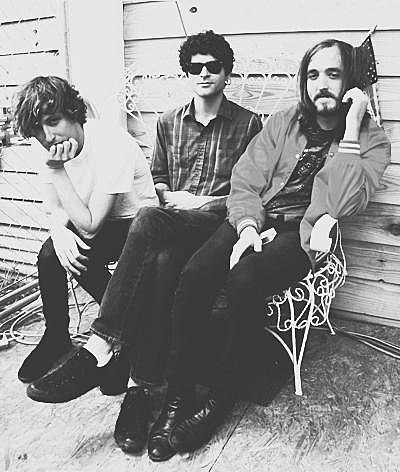 Did I mention this weekend is super-packed? Austin's Woven Bones are on a fairly extensive U.S. tour, making two stops in NYC this weekend with Seattle's The Spits. They play the brand-new Knitting Factory on Friday (9/11) and Cake Shop on Saturday (9/12). Woven Bones spew out dirty, fuzzed-up blues-punk surf rock. Their new EP, which they will hopefully have for sale this weekend, is on San Diego's Zoo Music who put out the first Crocodiles single and a Dum Dum Girls EP, so that right there should give you an idea what to expect. You can download the a-side from their "Yr Sorcery" single at the top of this post. The Spits, meanwhile, straddle the line between straight-up garage punk and Devo-esque lo-fi keyboard proto-punk. Both are pretty catchy, but I think the latter is more interesting as you just don't hear that sort of thing so much these days. And something tells me their show might lean toward the theatrical. If you can't make either of these shows, Woven Bones play Monster Island Basement next Wednesday (9/16) with Box Elders, and then Cake Shop again next Friday (9/18) with Girls at Dawn and Reading Rainbow. 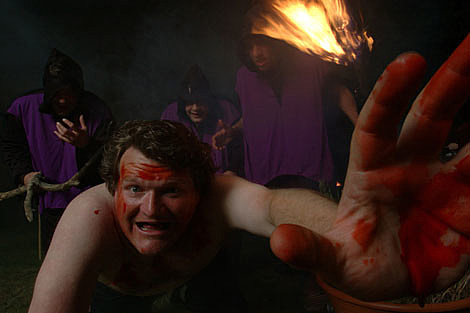 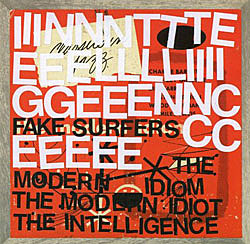 We'll continue with the garagey sounds because Seattle's mighty Intelligence hit New York this weekend too, playing Market Hotel on Friday (9/11) and Cake Shop on Sunday (9/13). The Intelligence's new album, Fake Surfers, has yet to get old for me, I listen to it at least once a week. I think it's one of the year's best. While the building blocks are the same (surf, garage, reverb, distortion), Lars Finberg exists in his own weird universe of lyrics and sound and his songs just come out different than your Oh Sees or Sic Alps or Ty Segalls. (All of whom I love too, btw.) I know this weekend is choc-full of must-see shows, but make some time for the Intelligence. 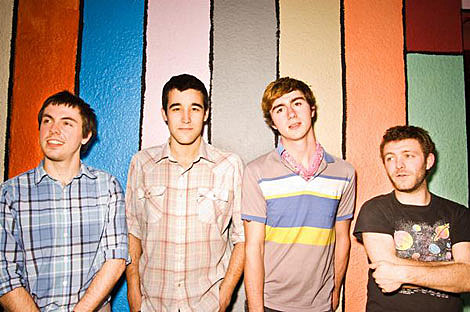 The Intelligence Cake Shop Show on Sunday is with fellow Seattle band Desolation Wilderness who are worth seeing as well. If you like the breezy beach music that is coming out of NJ's Underwater Peoples (or anything Dean Wareham's ever done), then you'll probably dig Desolation Wilderness if you if you're not already familiar with them. Their new album, New Universe, is their second for K Records and is just lovely stuff -- languid, dreamy melodies, with guitar flourishes that ebb in and out, perfect for this late summer weather. You can download "Boardwalk Theme" from the new album at the top of this post. They also play Silent Barn on Saturday (9/12) with Real Estate and "The Maze" at Death by Audio on Monday (9/14). 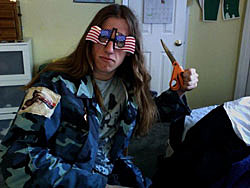 As mentioned fleetingly in the bit about Woven Bones, Omaha, Nebraska trio Box Elders are here next week before hitting their record label's garage rock extravaganza, Gonerfest in Memphis from Sept. 24 - 26. They play Cake Shop on Tuesday (9/15) and Monster Island Basement the next night. These are their first NYC shows since April, and their first since the release of their debut LP, Alice and Friends. With that Leslie speaker keyboard sound and their major chord melodies, Alice and Friends is like '60s bubblegum and R&B as reproduced by a bunch of kids in a basement. Which I guess it kind of is. They are really entertaining live, with drummer Dave Golberg simultaneously manning his kit as well as the keyboards, and brothers Jeramiha and loin-cloth clad Clayton McIntyre rocking and bouncing in the foreground. It's a fun show.

So that'll do it for this weekend. For more picks (Marmoset, Wild Beast) see yesterday's TWII Pt 1. Videos and tour dates for most bands mentioned can be found below...