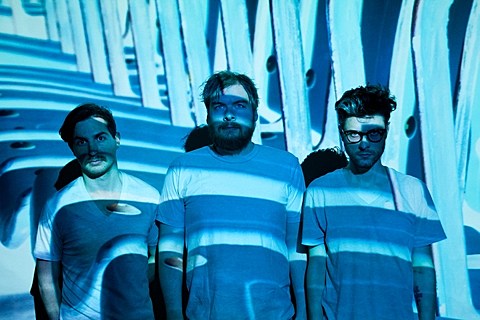 Like many indie bands, the members of Birmingham, AL's Wray have roots in punk, but the only thing sound-wise that's really carried over from that to this band is a love of distortion. Wray's self-titled debut LP came out earlier this year via Communicationg Vessels and it's mostly shoegazy guitars over krautrock rhythms. You can stream the album in full on RDIO and watch the videos for two tracks below.

The band only has two shows announced at the moment. One is their label's CMJ showcase happening Wednesday (10/22) at Lit Lounge with Sanders Bohlke, The Champions of Truth (Shaheed and DJ Supreme w/Akil The MC of Jurassic 5), The Dirty Lungs and The Green Seed. That's $10 at the door or free if you have a badge. Their only other show is in their hometown this November with The Octopus Project.