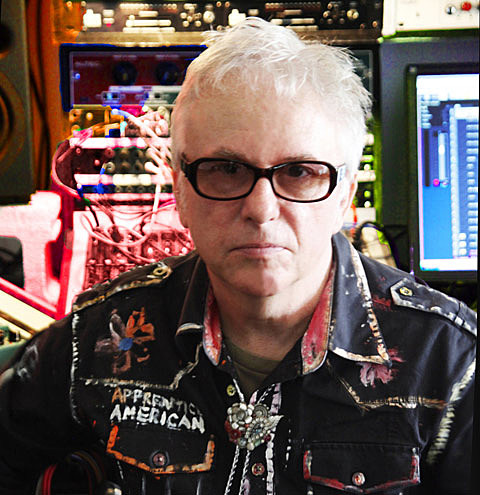 Wreckless Eric may be best known for his 1977 UK hit "Whole Wide World" but he's got a catalog full of great songs that showcase his low key, off-the-cuff style. 1996's 12 O'Clock Stereo, recorded as The Hitsville House Band moniker, is a real gem which was reissued last year by Fire. (Stream it below.) Fire will also be releasing Eric's first solo album in over a decade this fall. Titled amERICa, it's out November 13 and is indeed about the USA, a country he's called home since 2011. (He lives in upstate NY these days.) Says Eric:

I've been touring the U.S. since 1978 so moving here wasn't a complete culture shock. I've driven from Rhode Island to San Francisco, Minnesota to the Gulf Of Mexico. I keep rolling along and sometimes the sunrises and sunsets are glorious and I get to thinking about things like where have I been, and how the hell did I wind up here? Some of the songs are quite reflective - the idea of dying one day becomes alarmingly real. I'm quite accepting of it - maybe I've got twenty years left if I'm lucky. Ten more albums.... I've been through some tough shit at various times in my life. I survived. I'm lucky, I have a great life.

You can stream amERICa's opening cut, "Several Shades of Green" which features his signature guitar-chug style and storytelling. Listen below.

Wreckless Eric will be touring this fall, including a show on October 17 at WFMU Monty Hall in Jersey City with "sporadic cluttering of musical accomplices." Tickets are on sale now.

Eric will also be a part of Wesley Stace's next Cabinet of Wonders show, happening at City Winery on Friday (9/11). He'll be performing with Amy Rigby and the rest of lineup includes Ted Allen (Chopped), Stacey D'erasmo, Dave Hill, Sally Timms of The Mekons, Dar Williams and Ryan Miller of Guster. Tickets are on sale.

All Wreckless Eric tour Dates are listed, along with amERICa artwork, tracklist and "Several Shades of Green" stream, below. 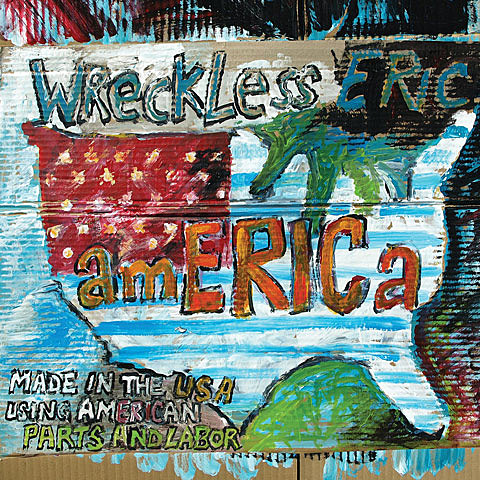