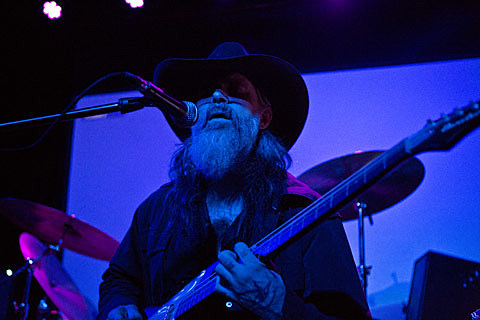 Chicago experimental doom act Wrekmeister Harmonies and Seattle two-piece funeral doomers Bell Witch kicked off their tour together last night (2/23) at Brooklyn's Saint Vitus, with Bell Witch acting as Wrekmeister mastermind J.R. Robinson's backing band for the duration of the tour. Now, they've announced that they'll be making their way back to NYC for a show at The Acheron on March 3. They'll be joined for that by Uniform and Shredded Nerve, and tickets are on sale now.

The bands will also be on the road with Pallbearer for a few of these dates. Updated dates are listed, along with streams of Four Phantoms and Night of Your Ascension (each band's excellent 2015 album) below...