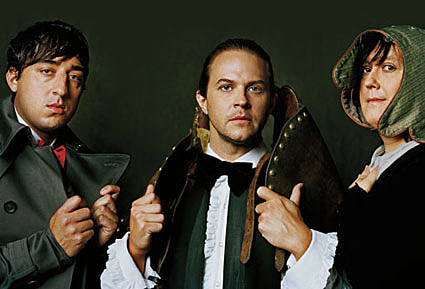 You probably heard: some writers are on strike. That means no new late night TV right now. That means Band of Horses didn't get to play Conan last night, Kanye West didn't get to play Letterman, and it means that Grizzly Bear don't get to play Conan tonight (Nov 6, 2007). They'll probably reschedule the performances, but Grizzly Bear misses out on a TV appearance that was going to synchronize perfectly with the release of their new EP. Friend (the latest addition to the 8.0 club) is out now. Order it from Insound to get a free limited edition silkscreen poster.

Speaking of Grizzly Bear, they performed at the Society of Ethical Culture in NYC on Saturday night (Nov 3, 2007) - part of the Wordless Music Series - to an audience that included Paul Simon (an artist that Grizzly Bear is known to cover, and who they did cover also that night). It was the same night that GB's "friend" Feist was playing right across town on Saturday Night Live. And speaking of SNL, that's another TV show that might not air this week if the writers don't get what they want. That means Amy Winehouse won't get to play it....or maybe she's not playing it already....I'm confused (she is definitely not playing the Woodies though - for "visa issues" related to the drug stuff). 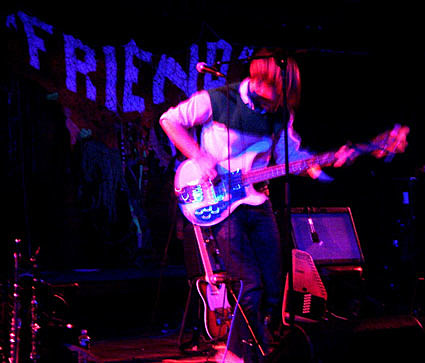 As Ed pointed out early in the set, this show was an unofficial end of tour celebration of sorts, as the band had been on the road for most of the past year and a half. Usually when this is the case, the performance can go one of two ways. One option is that the band is so drained and sick and tired of playing the same songs that they launch into a sort of auto-pilot self parody (see the Strokes at the end of their "Room on Fire" tour). The preferable option, however, is that the combination of having become so technically in control of one's material coupled with the euphoria of playing a hometown show with the finish line in sight will make for something altogether different and spectacular. [read the rest @ Ear Farm] 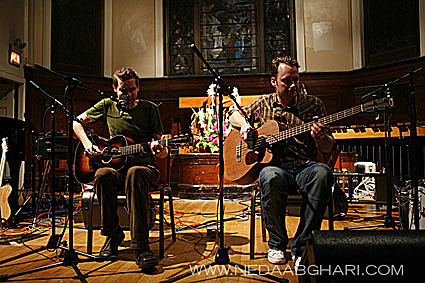 Secondly, beautiful show not just the sigur ros part. And yes Sufjan was there. I was sitting right in back of him along with 2 of the guys from The National. They were all impatient and left right before Sigur Ros came on. Poor Sufjan was complaining he had to get out of there. Hard to blame him cause it was a sauna in there. Also there was Superwolf Matt or Chavez Matt however you like supporting his buddy Will. Great show and got to see Sigur Ros play the same amount of songs they are playing tomorrow night for umm lets see 35 dollars less. [Anonymous]

But wait, what is that photo on the top of this post you ask? Oh yeah, Ed Droste of Grizzly Bear has been named one of this year's Out 100 ("the men and women who made 2007 a year to remember") - a list that also includes James St. James, Beth Ditto (The Gossip), Bianca Casady (Cocorosie), Marc Almond, Owen Pallett (Final Fantasy), Nico Muhly, Casey Spooner (Fischerspooner), and Antony. That's Casey and Antony in the picture with Ed (some new "friends"?). Nico isn't pictured on the Out site yet, but he did recently play the same Wordless Music Series show that Sigur Ros played (the "not just the sigur ros part").... 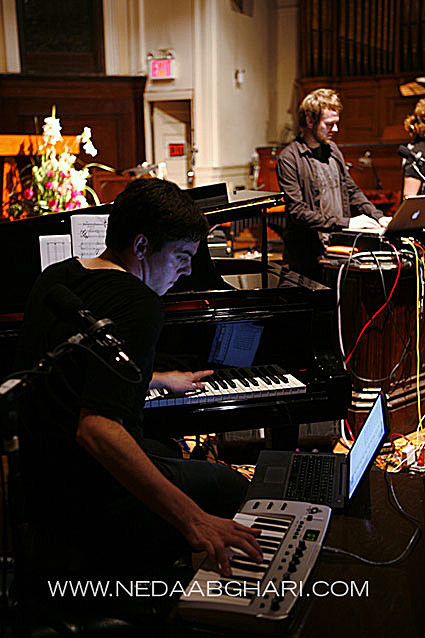 Grizzly Bear are playing one more NYC (mini) show before taking a break for a long time - it's tomorrow (Nov 7th) @ the Virgin Union Square Megastore in NYC (7pm, free).

And in case you missed it, the friends that appear on Grizzly Bear's new EP are Beirut, Dirty Projectors, CSS, Band of Horses, CSS and Deerhunter. Will Oldham is not one of Grizzly Bear's friends, but Will ("his buddy Will" in the review above) did also perform at that now-legendary "Wordless" show in October too... 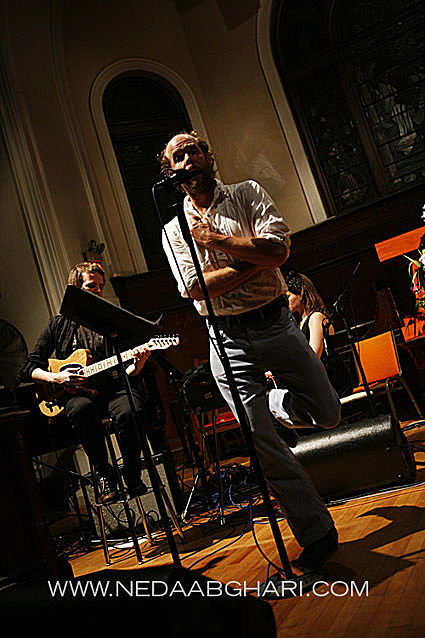 Phosphorescent (also not one of Grizzly Bear's friends, but hopefully will be one day) is not Will Oldham, but he has the ability to sound like him.

Sigur Ros have a bunch of upcoming DVD screenings.