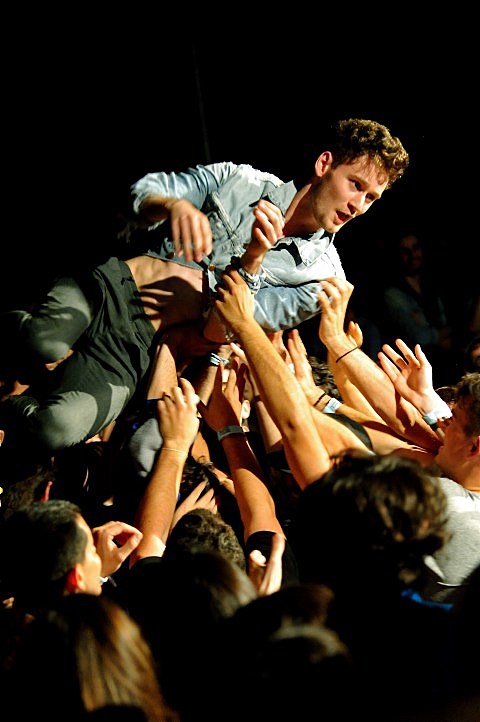 Wu Lyf's new LP is making some year-end lists and if you haven't already, you can catch the World Unite Lucifer Youth Foundation on the road in the new year. The "satanist" band will head down-under for a set of dates in late January/early February, but will return for a stint in the US in April including a pair of NYC shows: Music Hall of Williamsburg on 4/26 and Bowery Ballroom on 4/27. Tickets for both shows go on AMEX presale at noon tomorrow (12/14) with regular sale hitting on Friday.

Wu Lyf recently recorded a KEXP performance which you can watch below. The session includes a cover of Papa M's "Krusty", but did not include their cover of Chris Isaak's "Wicked Game". A video of them playing that live is in this post too though, with all tour dates (not counting Coachella?), below...