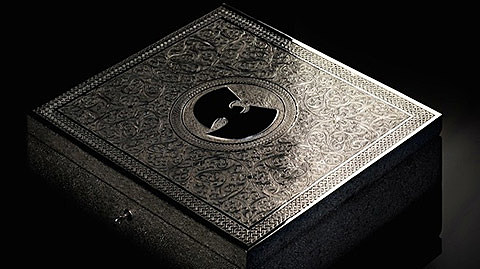 Remember that Wu-Tang Clan album Once Upon A Time In Shaolin that they were only pressing one copy of and selling it for a price "in the millions"? Well, Forbes reports that it's been sold:

The saga continues: Wu-Tang Clan's secret album, whose existence was first revealed by FORBES nearly two years ago, has been sold by online auction house Paddle8. The identity of the buyer, however, remains unknown.

...Paddle8 representatives confirmed the sale of Wu-Tang's to FORBES during interviews for a magazine story on the auction house. When contacted for comment, Azzougarh referred FORBES to Paddle8; a company representative reached by email today would not offer any details on the album's buyer or when it was sold.

Part of the mystery of Once Upon A Time In Shaolin's sale may have to do with the elaborate restrictions around its release. At the time Paddle8 was announced as Wu-Tang's chosen auction house, Azzougarh said legal language around the album would prevent a buyer from releasing it commercially for nearly a century.

"After 88 years the copyright, which includes public and commercial rights, automatically transfers to the owner of the work," he explained. "However, it will still be his or her choice at that [point] to release it or not release it."

At the very least, we can safely say it's currently our most anticipated album of 2103.