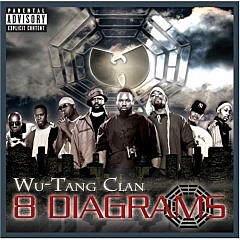 RZA is performing a full live set at Hiro Ballroom in NYC on December 29th. $10 tickets are on sale.

Wu-Tang Clan's Jaunary 12th show at Hammerstein Ballroom is almost sold out, so they added another one. January 17th is on sale now. 8 Diagrams is out now, as is Ghostface's The Big Doe Rehab.

GZA plays his first of two NYC "Liquid Swords" shows at Knitting Factory tonight. Will it be a good show? Not according to the Guardian reviewer who saw it recently in London....

The decision to give a hip-hop album, namely Genius/GZA's 1995 masterpiece Liquid Swords, the Don't Look Back treatment raises an interesting question: how will a concept that involves faithfully re-creating a classic album fare in the field of live hip-hop, where rappers struggle to faithfully re-create a single song? The answer comes within minutes: it won't. [Guardian]