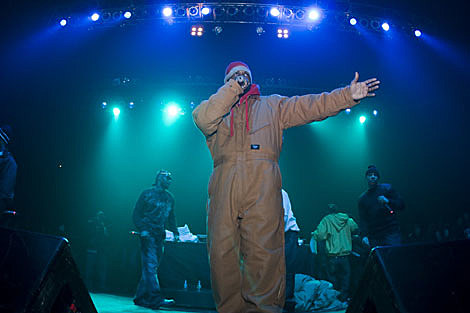 "Somewhere around 10 p.m. (give or take 5-7 minutes) the Wu Tang Clan finally takes the stage. Pretty much everyone who I could recognize (Method Man, Ghostface Killah, etc.) was there, though I don't know what each and every member looks like, so I can't say for sure that every key member made the show.

Wu made sure to perform a bunch of their most well-known hits, including "C.R.E.A.M.," "Method Man," and "Wu-Tang Clan Ain't Nuthing ta F' Wit."

As I heard he tends to do, Method Man made sure to crowd-surf for a while.

The group also shouted out Old Dirty Bastard. And ODB's mom was at the show and came on stage, saying hello to the crowd for a second. They also did a bit of "Shimmy Shimmy Ya."..." [Inside Hoops]

Actually that recap is slightly wrong - Ghost wasn't there, but pretty much everyone else was - even RZA. There was also GZA (Genius), U-God, Inspectah Deck, Masta Killah, Cappadonna, Allah Mathematics, and Raekwon. More pictures and another review from last night's show (12/23), and a Christmas video featuring RZA, below... 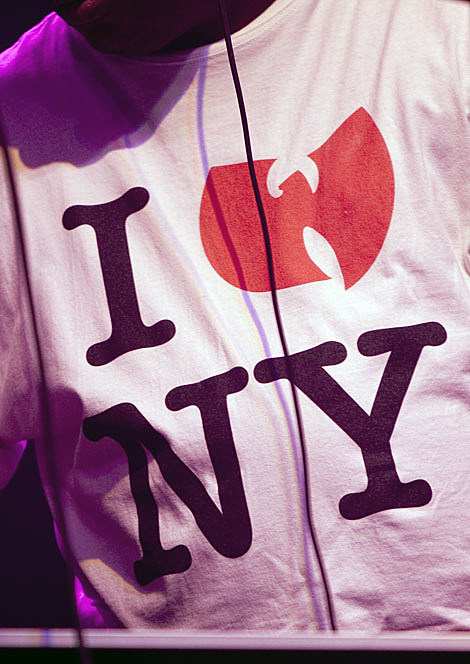 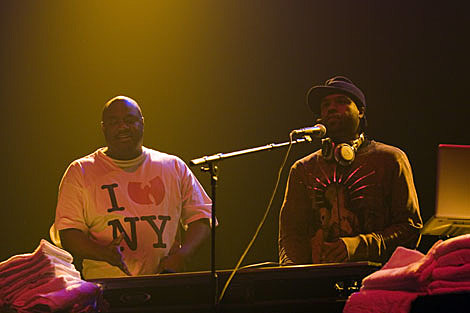 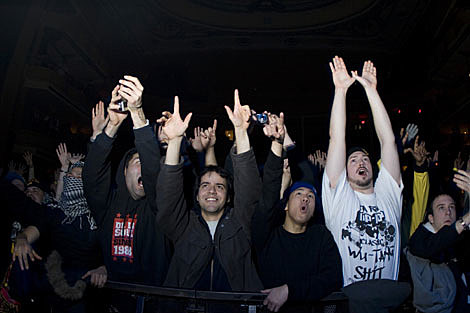 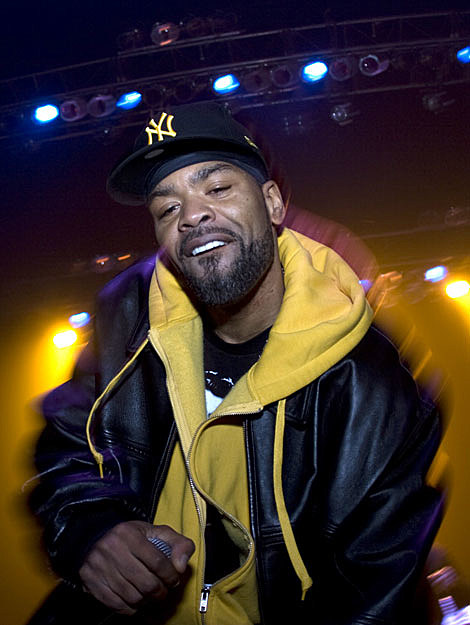 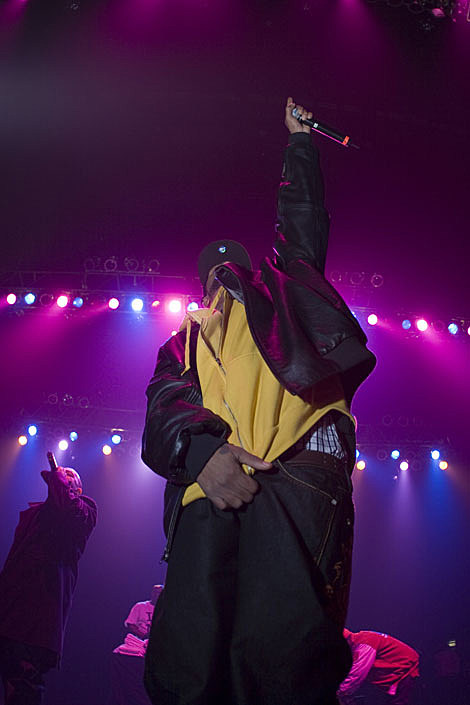 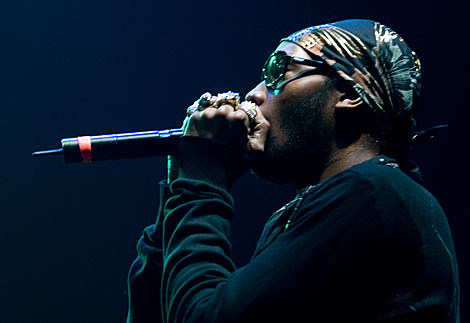 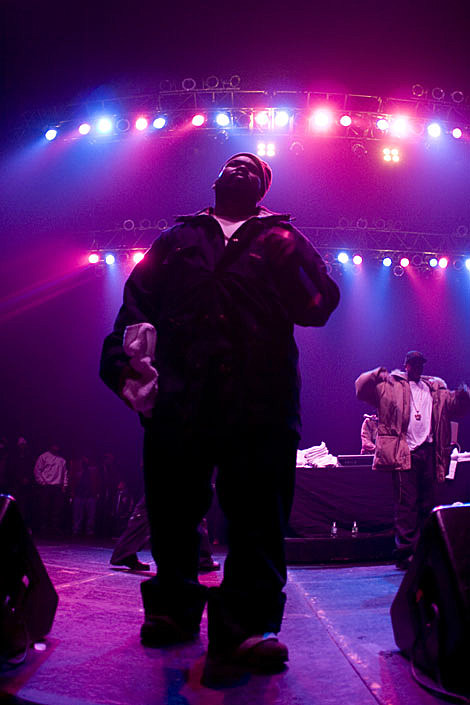 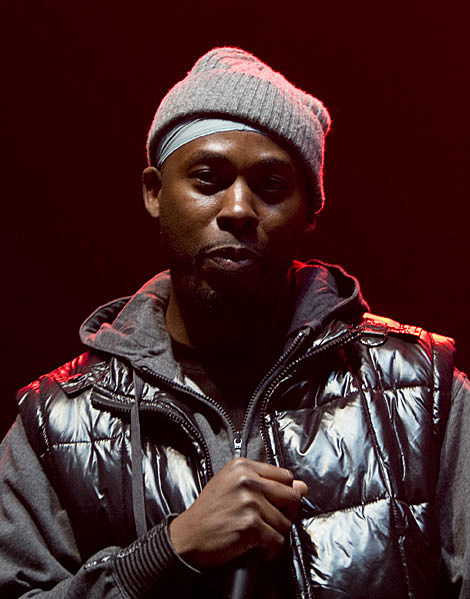 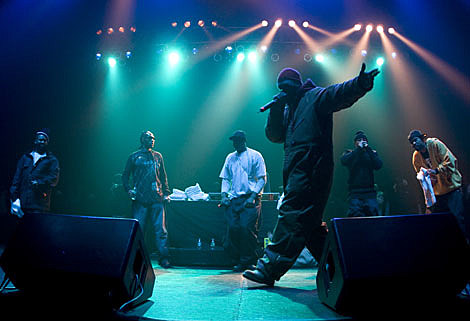 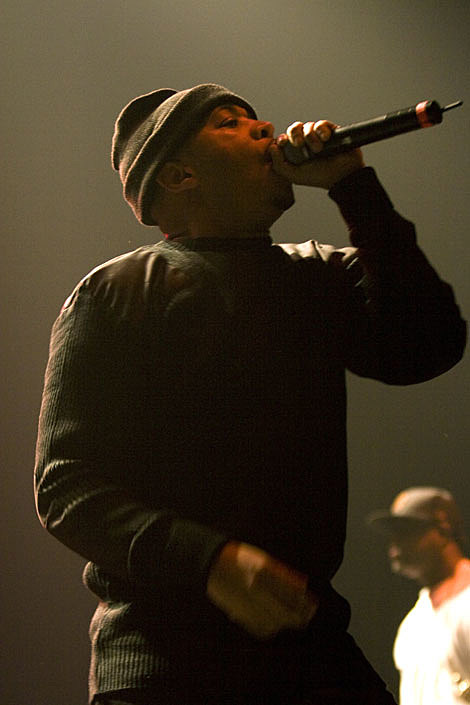 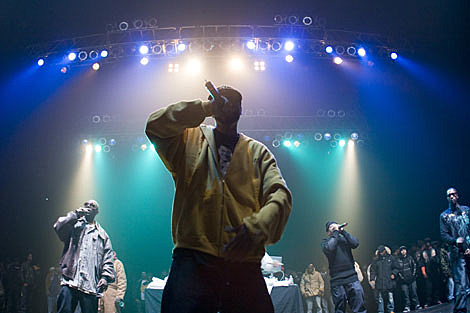 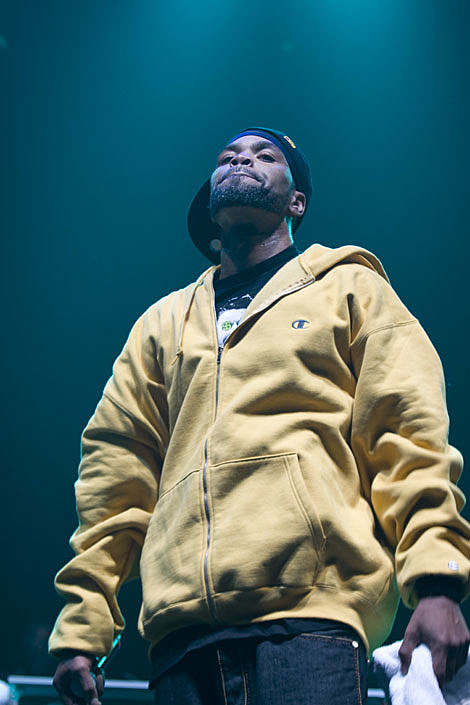 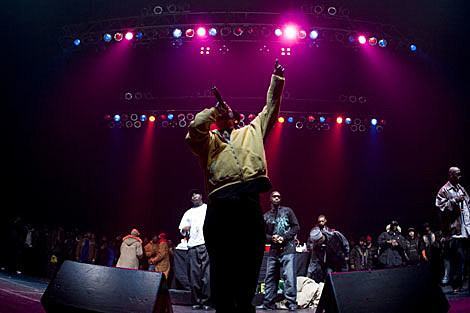 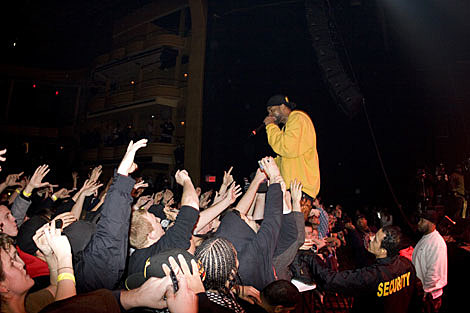 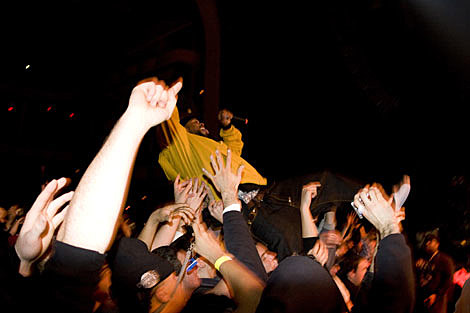 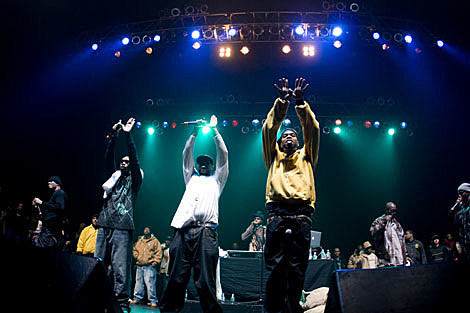 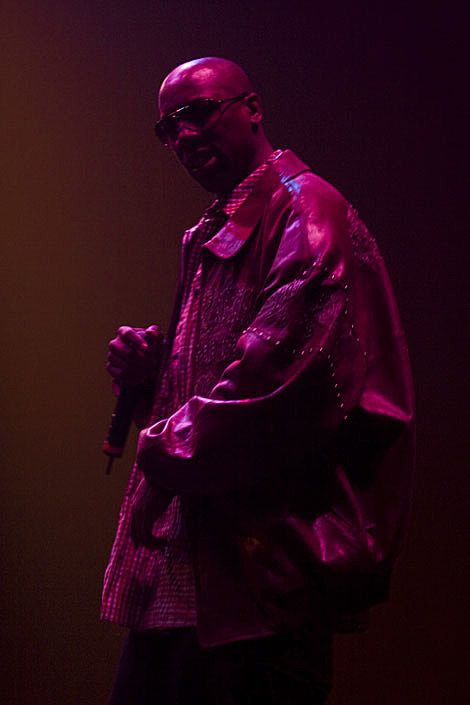 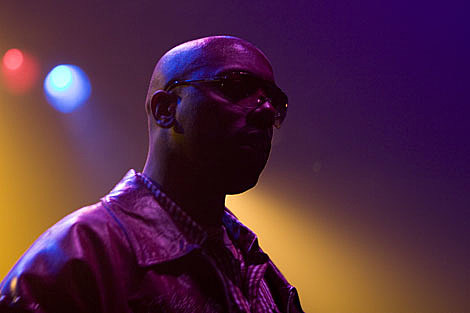 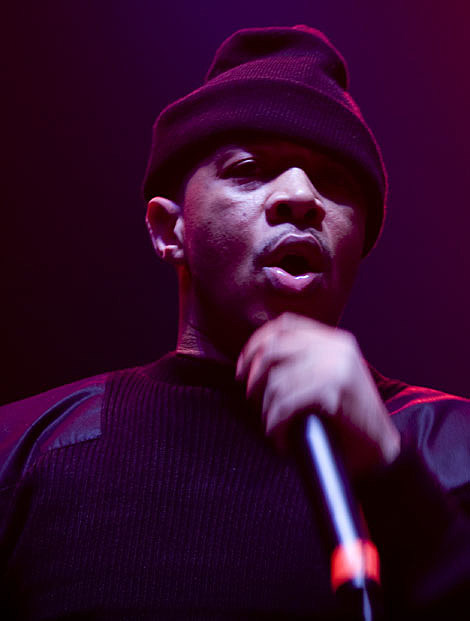 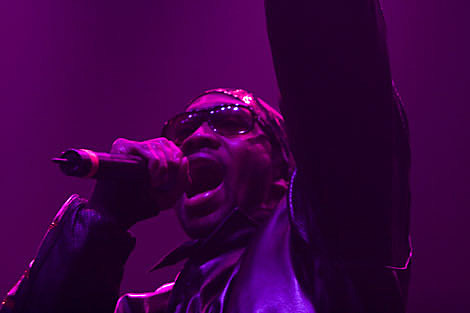 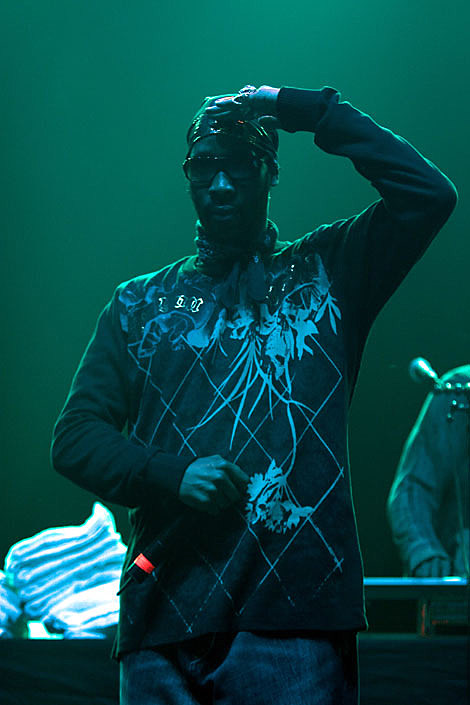 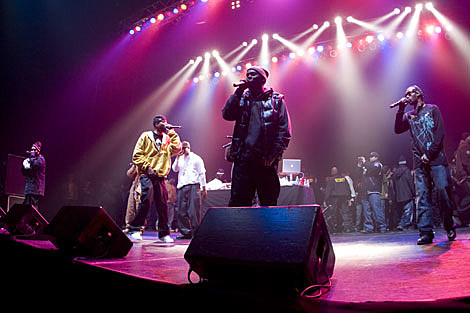 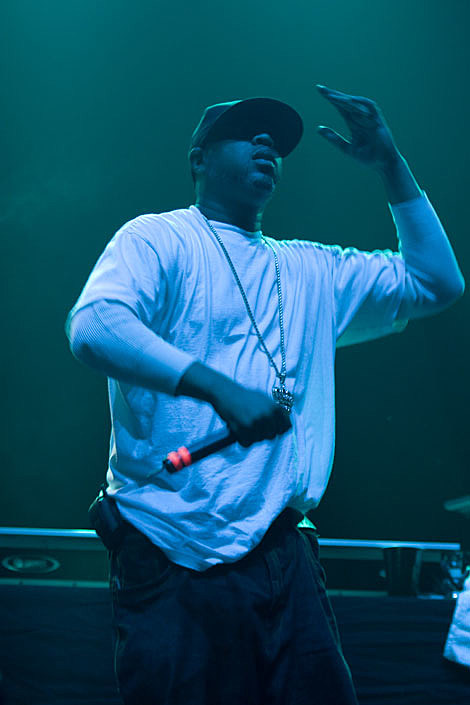 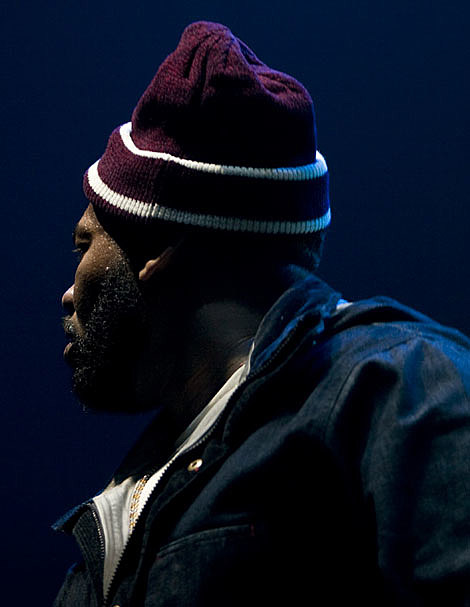 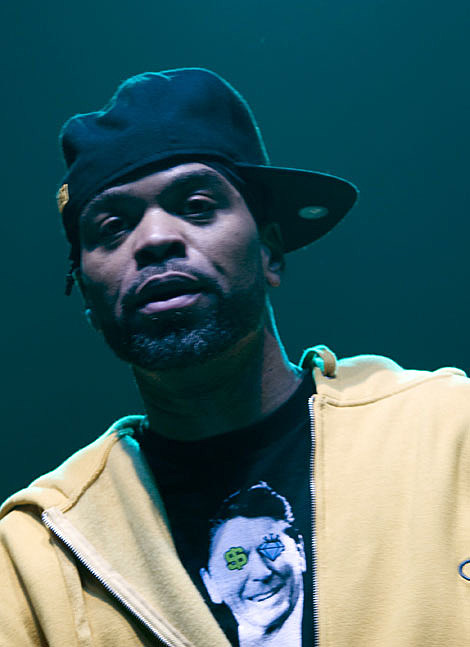 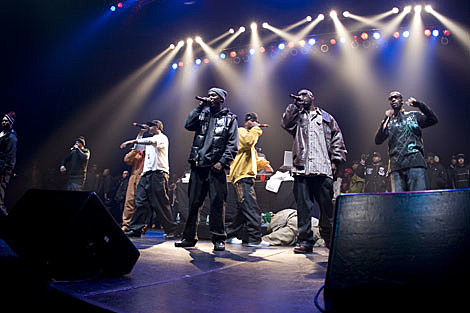 "...each member performed at least one solo song except Inspectah Deck. U-God did "Dats Gangsta", Cappa did "Run", Masta Killah did "Grab The Mic", Rae did "Incarcerated Scarefaces", RZA did "You Can't Stop Me Now", Genius did "Liquid Swordz" and Mef did "Bring The Pain. ODB's mother came out and danced to her son's songs and addressed the crowd. Overall the show was great. There was a lot of energy in the building and the show went incident free." [Rhyme Sik]