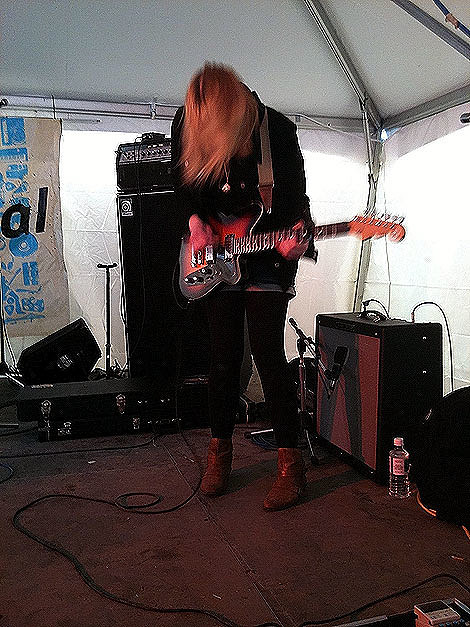 "If Wye Oak performed in D.C. once a week for a year, I'd go at least 20 times. So why go see the band at SXSW, when dozens of bands I don't already love are playing? What if one of them is amazing? Because that would mean missing Wye Oak, that's why." [NPR]

Wye Oak have a new EP entitled My Neighbor / My Creator - it's out digitally, or you can wait until June 5th when Merge Records releases the CD. Now on tour with Shearwater, you can catch both bands at Bowery Ballroom in NYC tonight (3/27). Tickets are still available, and I have a pair to giveaway. Details at the end of the post (under all the tour dates).

Last Saturday, 3/20, they were the first band of the day to play our party at Galaxy Room, outdoors and in the uncharacteristic-of-Austin freezing cold. To quote myself, their noon set "was a great way to wake up". Their short set (which was just a couple of hours before they played Stereogum's shindig) consisted of at least two songs off their five-song EP. "I Hope You Die" elicited a chuckle from the crowd when they introduced it. Grab a free MP3 of that song above. The other new one I know they played was "My Neighbor". Proof is in the video below which you can watch along with a video from their set at the official Merge showcase. The full EP tracklist & cover art, another picture and other stuff is down there too... 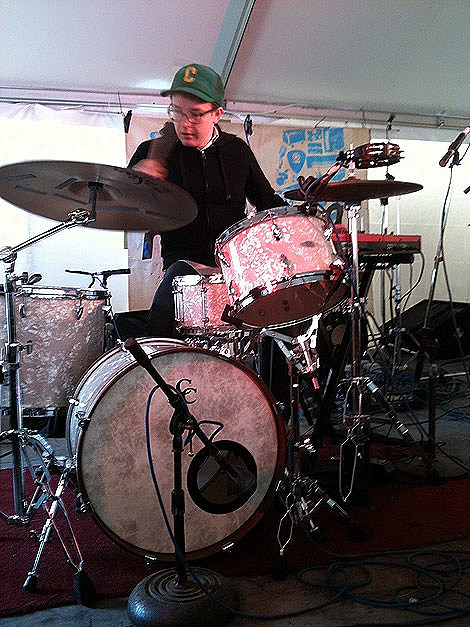 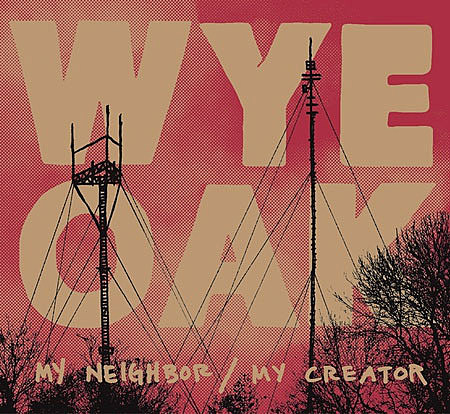 "Collaborating with outside producers for the first time, Jenn Wasner and Andy Stack's four new songs feel loose and direct, from the tumbling opener "My Neighbor" to the propulsive "Emmylou." "My Creator" and "I Hope You Die" begin like ballads but soon reveal unexpected layers of saxophone and percussion over Wasner's cascading vocals. Chris and Mickey Freeland, brothers with ties to everything from Oxes' math-rock explorations to Baltimore's indie hip-hop scene, helmed the new EP's recordings in their own Beat Babies studio, and they bring new textures to Wye Oak's ever-expanding sound. There's a heavier reliance on keyboards, culminating in Mickey's own stunning remix of The Knot's "That I Do" which must be heard to be believed." - Merge Records

TO WIN A PAIR OF SHEARWATER/WYE OAK BOWERY BALLROOM TICKETS: email BVCONTESTS@HOTMAIL.COM (subject: Shearwater) with your first and last name. One winner will be chosen at random and contacted back.