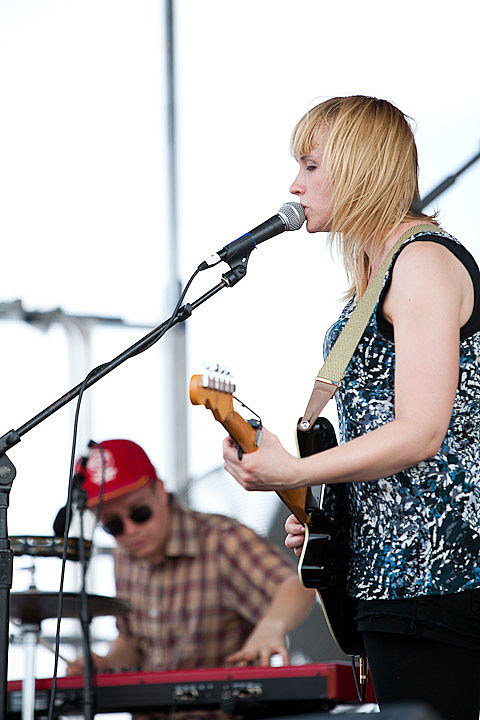 One day after they open for the Decemberists for three nights in a row at Beacon Theater, Wye Oak will play a private record release show at the intimate Rock Shop in Brooklyn. You can't buy tickets to the show, but I have four pairs that four lucky winners can win. Details on winning your way into the 1/27 show are below.

Wye Oak stay on the road with the Decemberists through February 4th (then Mountain Man take over as opener for Colin Meloy and gang). Wye Oak then get back on the road in March for four nights with Lower Dens whose only other announced show at the moment is February 25th gig at Music Hall of Williamsburg which goes on sale Friday at noon.

After playing with Lower Dens, Wye Oak will go out on tour with Callers who can also be found at Union Pool in Brooklyn on January 29th with Nat Baldwin of Dirty Projectors and Teen. Callers released an album called "Life of Love" via Western Vinyl in 2010.

Wye Oak's new album, Civilian, will be released by Merge Records on March 8th. You can pre-order it now. Lower Dens, who released their full length Twin-Hand Movement back in July, released a new single called "Batman" this week. You can listen to that song, with all tour dates for all bands and contest details below...

--
To win one of four pairs of tickets to see Wye Oak at the Rock Shop on 1/27, e-mail BVCONTESTS@HOTMAIL.COM (subject: Wye Oak). Include your first and last name in the email. A winner will chosen at random and contacted with more details. Good luck!